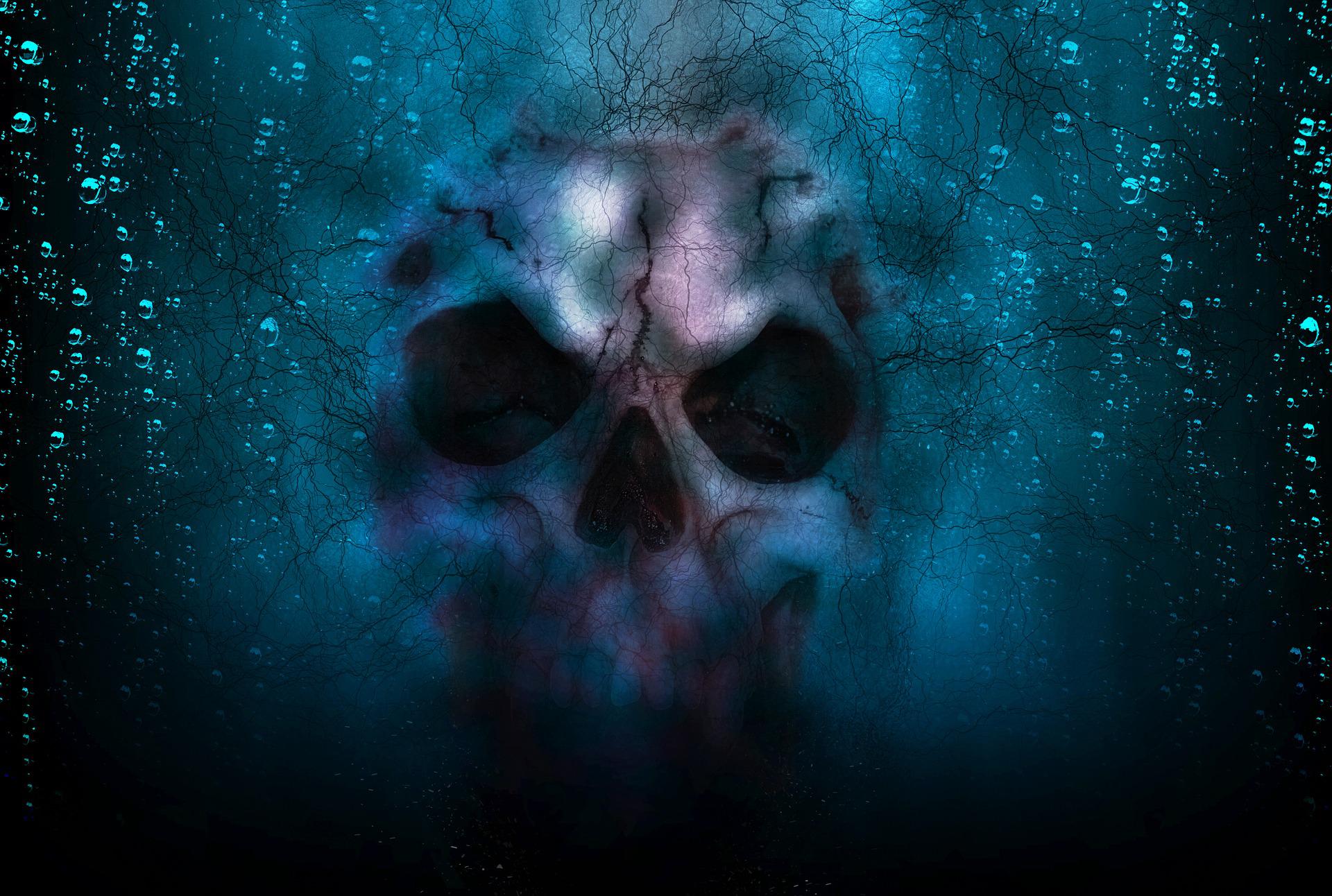 …I got a job at one of the most interesting places to work on earth. There, there are lots of presents you get periodically. Presents ranging from weird looking artifacts to actually beautiful ones after concluding an archeological research. “Have our presents arrived yet? My boss asked. Martha is in charge of the museum’s every new artifacts to be delivered. And that’s what we mean when we say “Presents”. ‘Not yet ma’am but they should be arriving soon’ I responded. I was still a newbie at the job but I was pretty well adapting and loving every moment of it. And that was before I came to know of a particular present!

We finished unloading the newly arrived artifacts very late that day that I almost missed my dinner. Among the artifacts that came in were old gadgets like the early Tvs, fans, refrigerators, telephone systems and other cool stuffs that were retrieved from a small royal kingdom in a far remote island. Interesting yeah?… That’s why I love the job. Among the presents was one that best caught my interest, it was an early camera. Not the pin hole camera though, but the Polaroid SX-70. It was an instant camera. I yearned to own it not only because I was a camera freak, an upcoming photographer but also because I fancy historical things. So I did all my persuasions, some paperwork and finally owned it.
The next day I went out with my friends; Jenna, Maria, Omah, Rondy and Micah who were as well camera freaks, posting updates every minute on their Instagram and twitter pages.

The Camera Must Be Broken…

”That’s a nice spot right there Park! You should try out your camera” Omah said pointing to a brightly colored male lizard on the wall. Omah is more of an animal person. So I adjusted the lens of the camera and click, I took a photo of it. I waited for the camera to print out the beautiful photo but it just came out blank and dark. And it came out two as well. ‘Guys, I thought only a single photo was supposed to come out? After all, I only took one’ I asked. “The camera must be broken I guess, after all it’s old” Rondy replied. Rondy was a cute short guy alright. Ladies sure do love to have him around too. “Yeah…” I said as I dropped the two blank photos in my bag.

We continued taking photos of ourselves, from singles to group photos but all came out blank and dark like the others. ‘Well, it was worth the fun though’ I said to myself. We left for our sleepover at a house we rented for the night in the woods. Also quite far from the disturbance of people. You could in other words call it “Adult Camping”. Little did we know that we were slowly digging our own graves with our own hands.

We Arrived The house Safely

In one of the many rooms in the house, I poured out the photos we earlier took on the table and to my surprise, there were now two photos deep down the pile that showed some form and coloration on it. They were the first two photos I took (That brightly colored male lizard on the wall). One showed the lizard on the road and the other showed the lizard crushed on the road by some vehicle with its guts out. I suspected something was up with that camera knowing that I didn’t take such pictures.

“Check this out guys” I yelled as I rushed down to the living room. “So? It could be that you took a photo of another exact type of the lizard and mistaking it for the first one” Maria the sassy one said. “No, I di…” I was saying when Rondy who just got back from the store interrupted and said “Guess what guys, the lizard Park took photo of yesterday is dead, I found it dried body on the street where we took it’s photo on my way to the store”.

A Loud Scream Out Of of Nowhere….We’re Doomed!!

The lights started twitching. Out of nowhere a sharp female scream pierced the air from the bedroom I left. I ran there with a flashlight in my hand while the others came along. I flashed the far dark corners of the room and found no one but another photo that has taken form. “Marri…” I turned and was calling out but she was immediately been drawn through the dark door by someone I couldn’t comprehend. Dirty hands and fingers with long untidy nails were all I saw before the door shut with a loud sound. “Mariaaa…” the others now screamed but it was too late. I showed the others the photo which had Maria in it. It showed her crying, confused and scared. “So that means whosoever gets captured by that camera will die? We are doomed man” Micah said as he started panicking.

“The scared one was always the first to die in horror movies” I thought as I hurriedly reached for the other photos to see who was next but there was still another photo of Maria. This time, it showed Maria with an extremely white skin complexion, dark eyes with blood while hanged to the chandelier with a black rope around her neck at the living room. The same scenario we meet when we managed to get to the living room. Just that she was also gently swinging to and fro.

“Where is Rondy now?” Scared Jenna asked from behind. The others ran to the other rooms to find him but I went back to the bedroom to get the photos. There I saw two of Rondy’s. One showed him standing all sweaty, lost, and out of hope with a tall lamp post behind him. While the other photo showed him hanged to that lamp post, also owning the same descriptions as Maria after her death. I got so scared my eyes began to cloud with tears. What is going on? Are we, I’m I also going to die like this? Different thoughts raced my mind nonstop.

“Park, Rondy is dead” Micah said as he ran into the bedroom. “Yeah I know” I replied handing him Rondy’s photos. “Jenna, Omah” I called out as I went to the living room. “I suspect dark energy in that camera Park. Let’s just run and leave the house or call the police” Omah yelled in frustration. “It’s not only about the house Omah, it’s the camera. We can’t escape from it. And we’d probably be dead before the police even arrive” Micah said. “Do we even know who is doing this?” Micah added. “Why don’t you just look it up then” Jenna said sarcastically and angrily. It was a good idea though. I surfed the internet for any findings related to a camera and a rural family. There we found a thrilling story about the royal family of Shina.

I Think We Set The Demon Free While Using The Camera

“The royal family of Shina was believed to have been wiped out hundreds of years ago by king Josa’s twin brother, Josan. The people of Shina kingdom narrated that Josan ventured into dark magic because he felt he deserved the throne more and not his brother after their father passed. He couldn’t control his greed, selfishness and Jealousy hence he summoned a demon in a female figure named Bokkak from the depths of hell to do away with his brother’s family members in exchange for a special soul. So Bokkak agreed.

Josan was in cahuts with the demon for a long time until a powerful Godly man crossed paths with their kingdom and fought with his life to bring light to their days. Josan was apprehended for his treacherous acts and locked away in a cell under a church where he later died. As such, he failed to heed to his promise of giving a special soul to the demon so that Bokkak could go back to her territory. This lead to the free will of the demon in the human world to search for the soul itself. Two years after the death of Josan, some powerful Godly men were able to contain the demon in a camera that King Josa’s daughter cherished as there was no other way to send Bokkak back to hell”

“I think we kind of set Bokkak free while using the camera. Because here in the story, it says that there were some scriptures written on papers that were attached to the camera in order to contain the evil from the seven doors of entering the human world” Micah said. “They believed that the night is when the veil between the human and the spirit world is at its thinnest. As such, one may be able to cross between the two worlds easily” Micah added. I remember removing an old brown paper I thought was irrelevant from the camera the night I got it. “It must be in my bag pack somewhere” I said searching. But unfortunately it wasn’t there. And Omah’s photo had just started taking form. “It must be around here somewhere. Let’s stick together guys” I said holding hands with Omah as we headed to the bedroom where I poured the bag’s content.

“There! Beside the…” Omah was saying when suddenly she started to growl, her complexion turned completely white, her eyes red, unsymmetrical razor sharp light green teeth appeared. We had to eventually let go of Omah’s hand in order to stay alive. She seemed possessed by Bokkak. “SAY CHEESEEE…” the demon said in a terrifying grunting manly voice. She began to make Omah hurt herself by herself. She made her cut herself severally with her nails, then broke the bones in her back and neck. It was so scary to watch. We found the scriptures and started to place them on the camera at where they initially were.

Bokkak Was The Scariest Thing I’ve Ever Seen

She was done with Omah’s body and came swaying at us violently. We held hands expecting the worst. But we aren’t passing today, I opened my eyes and no one but a radiant morning light from the windows was there. The only convincing thing we knew happened was, she must have been casted back into the camera for sure. “Tonight’s sleepover was a rough one and It sure is my last one ever” Micah said in relief. “Are you alright jenna?” I asked tired. “Yeah I’m okay. So what do we do with the camera now?” “Bury it deep down in the ground” Micah quickly responded.

Bokkak was the scariest thing I have ever seen. Imagining her keeps me awake throughout the night. So we hid the camera under the earth hoping no other archeologist finds it again.

Ayuba Muhammad Mailafiya is a medical student from Kaduna State, Nigeria.
He loves to write on medical topics and fictitious tales that get your adrenaline pumping. He derives pleasure in feeding the unending curiosities of his readers and bringing entertainment right to their screens.

A LETTER TO KIMBERLY