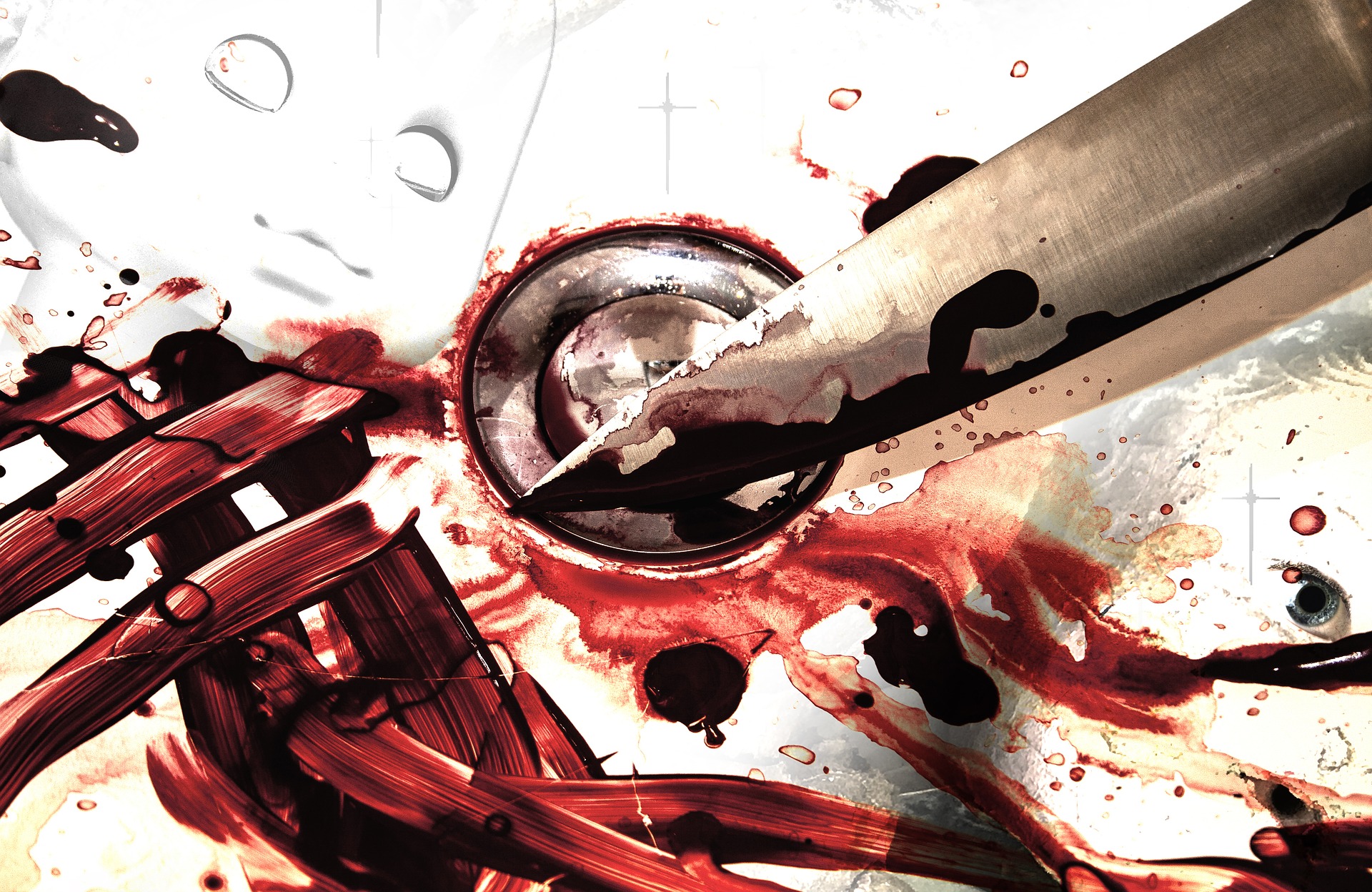 “Please don’t do this…” I said as I took some steps backward.

He got closer to me grinning like a psycho. He is a psycho… I knew what he wanted to do. He was going to beat me and injure me so much as my punishment for making him angry. But I didn’t even do anything bad that warrants punishment.

I moved back and then tried to look for the knife I had placed on the table in the morning. When it finally got into my hands, I didn’t think twice before I struck him!!

Ever since the time my mom gave me a go-ahead to have a boyfriend, I have always been served hot, seasoned breakfasts. The longest period that I have ever been in a relationship is four months. I have always been called the boring partner in a relationship. It’s like I’ve been cursed because they always get bored and fall out of love. I decided not to even invest my time in relationships and just focus on other important things.

But it changed the day I met Micheal. It was a beautiful boy meets girl kind of fantasy.

I met Michael at the school library. He sat beside me and was reading his Keith Moore with this deep concentration that got me stealing some glances at him from time to time. I liked a guy who took his studies seriously and is now handsome on top. My heartbeat was hastily when he smiled at me and said a polite hello. He was just so cute or so I believed. I paid more attention to him from that day onwards and judging from his polite interaction with others, I was impressed and thought that I have found the perfect boyfriend or crush. He seemed so polite and just mostly kept to himself.

After several days of observing him from afar, I just knew that I had to talk to the guy.

“Hey!!” I called him and ran to stand by his side and introduced myself, just like a friendly chat.

Well, we became close after that day until the day he asked me out and of course, I said yes.

Micheal was the sweetest boyfriend ever. He was the silver lining of my dark cloud. He even asked me to move into his apartment and of course, I did. I was so happy and my joy knew no bounds.

The LOML Began To Change

But I noticed something about him, he had severe mood swings. He could be so nice and friendly at one moment and the other moment, he gets so angry and become violent!! I would be so scared and look for ways to pacify him. This continued until Michael couldn’t be pacified again. He became so different that I couldn’t even recognize him. He was not my sweet boyfriend anymore!!

We got into a serious argument one day and he slapped me so hard that my lip burst. I was so shocked and scared. When what he did dawned on him, he felt so sober and apologized. He made sure that I was pacified and even did fun things like watch movies with me and took me shopping. He kept saying things like he didn’t mean it and that I should not break up with him. I continued to ignore that inner voice that constantly told me that it would not be his last time to hit me and it was not his last time. The beatings got worse every time to the extent that I was always scared of my actions around him because almost everything makes him angry.

He Put Me Through Hell And I Called It Love

I loved Micheal, I did love him but the fear I had outweighed. Little things set him off and then he uses my body to take out his anger. It’s not like I did not want to leave the relationship but whenever I decide to leave, he threatens me with self-harm. He could start cutting himself with a blade and then blame me. It was all crazy and I didn’t know what to do.

Micheal had extreme mood swings and was overly jealous. There was a time, I had to do project work with a guy in my class. This guy and I chat often. Michael was angry and said that I was cheating on him even when it was so clear as day that I wasn’t. Micheal got so cozy with me a few days after accusing me of cheating and I thought he was finally changing his ways until he gave a scenario where a student suddenly gets missing and the school authorities locate the dead body several days after searching for the person and I got so scared. I knew he was implying about the guy. He was going to do something dangerous to that guy. It was then I knew that I was living with a devil!!

Those affected often engage in self-harm and other dangerous behaviors, due to their difficulty with returning their emotional level to a healthy or normal baseline. They may also struggle with a feeling of emptiness, fear of abandonment, and detachment from reality. Symptoms of BPD may be triggered by events considered normal to others. BPD typically begins in early adulthood and occurs across a variety of situations. Substance use disorders, depression, and eating disorders are commonly associated with BPD.

You May Also Like: FETUS IN FETU: FETUS TRAPPED WITHIN FETUS

Shine Your Eyes Well….Not All That Glitters Is Gold!!

I ran away after I killed him and went to a place where I was not known. I abandoned my studies and my family and was living from hand to mouth. Life wasn’t easy after I abandoned everything. I have so many regrets but the greatest one was ever knowing Micheal.

I got to know that Micheal was from a toxic home and had been abused as a child and that might have been what resulted in that personality disorder that he had.

My advice to ladies out there is to watch out and shine your eyes well. Not all that glitters is gold!!

Oreoluwa Bolawole also know as bethy Lizzy is a nursing student who loves articles on mental health and she does reaserches on them. Her hobbies include singing, dancing and doing anything fun cause she just hates boredom 😉

The First Patient: Dawn of Dissection