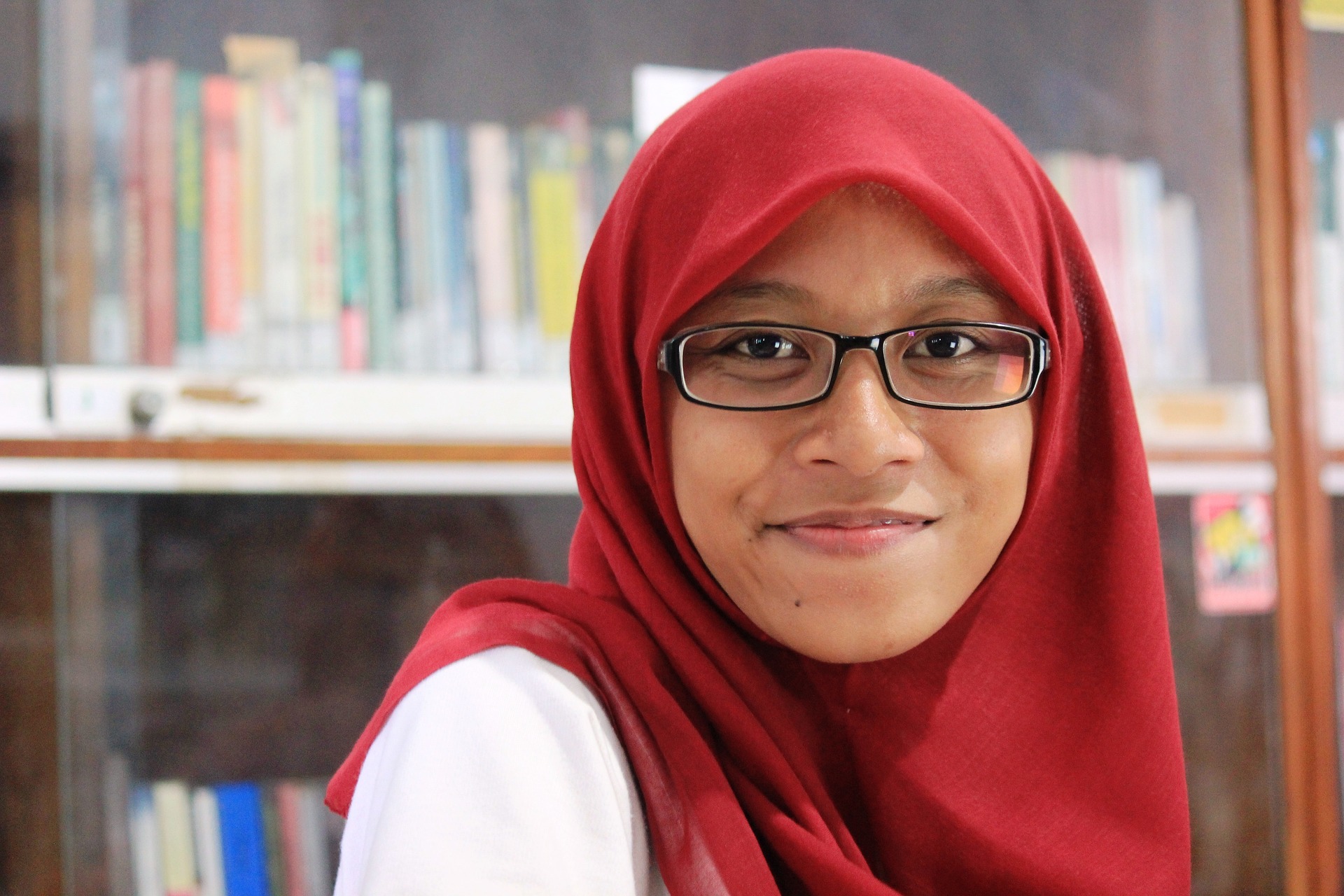 SAY NO TO SELF MEDICATION AND DRUG ABUSE!!!
“What do you think you are doing?”, I asked my younger brother with a frightening look stepping into his room.
“I want to use anti malaria drugs……”, Olaniran, my 12 years old brother replied.
“You have seen the doctor? Are you taking it as prescribed by the pharmacist? Are you sure you have malaria? You have done the test?”, I cut him off throwing him into a pool of questions angrily.

“Well, why are you reacting like I am about to die?”, he retorted dropping the drugs angrily.
“What?”, I asked surprised.
“I mean you are throwing a tantrum right now! We are talking about just antimalarial drugs, the prescription and all are written on it already”, he answered walking out.

I followed him with the intention of hitting him and he became an antelope before I could do anything. I frowned and walked to my room. That’s how I have always been whenever someone is about to use any drug without prescription. It wasn’t my fault, I became over conscious after a terrifying and mysterious incident happened.

She is The “Miss Fairy”

We were about to start our 300l promotional examination and seriousness was written on the faces of everybody even truants became school regulars and the library turned to a market place. Our schedules changed to waking up, receiving lectures, going to library and returning to our respective hostels. One cold night, I had an assignment to do and decided to visit a friend of mine, Aminat, to collect my jotting note from her.

Aminat was everybody’s favorite and friend. She was cheerful and always smiling, beautiful to any man’s taste and adorable to the eyes of the beauty. She was the best student in our department, always calm and reserved. Well, her nickname was “Miss Fairy” due to her eye watering beauty and reserved nature.

“Aminat”, I called knocking on her hostel door.
“Yes, who is there?”, I heard her asked heartily as always.
“Aishah”, I replied.

“Oh!”, she exclaimed and I heard the door’s knob being turned. “Bismillah”, she said opening the door widely.

“Wallaykum Sallam”, she replied with a wide smile.

Its An Ordinary paracetamol

“Are you enjoying this cold night, weather for two, hmmmm?”, I teased jumping into her bed.

“It’s cold?”, she asked sitting next to me.
“No”, I replied sarcastically.
She smiled.
“I have been suffering from fever these days”, she explained.

“Oh! Sorry about that dear”, I consoled giving her a wink.
“Well, I am even tired of using paracetamols and other pain relievers”, she complained walking to the toilet.

“Well, you can use as much as you like, it’s ordinary paracetamol after all”, I replied looking at her big picture frame on the wall. She was wearing a big smile as always.

“I know but….”, she complained again walking out of the toilet.

“Its becoming too much, I should go to the hospital”, she said.

“Just don’t forget tomorrow, we are having test”.

“I came for my jotting note”, I said.

“I know”, I heard her putting my note on the bed.

“I will be there tomorrow, don’t worry. I will try and use paracetamol tonight and tomorrow, I should be able to endure”

“Anyhow”, I said without no concern, reached for my note and headed out.

She opened the door and I walked out.

“Goodnight”, she muttered to me just before closing the door.

I didn’t reply her, after all, she closed the door already.

The next day, Aminat didn’t come for the test and almost everybody was worried including our lecturers.

“Probably she couldn’t make it due to her headache”, that was my reply to everybody who asked of her. We all missed her. Later, in the afternoon, few of my friends and I decided to pay her a visit.

After knocking tirelessly, I called her phone and we all heard the phone ringing in the room.

“Why isn’t she picking? Why isn’t she opening the door? Did she forget her phone at home? Is she sleeping?”, those were the ideas popping to our minds one after the other. After an hour, someone reasoned out.

“The door is locked from inside guys! She should be inside!”

Beads of sweat appeared on my forehead immediately.

We all got worried again and started knocking, after knocking for another one hour, we decided to alert others. Her hostel mates joined us and few other friends came as well. Guys amidst us forced the door opened after a long struggle and guess what we saw? Aminat’s dead body flatly pranged on the floor.

“Jesus!”, one of us shouted taking few steps away.

I couldn’t do anything. My hands were shaking and sweats were dropping from my forehead.

It Was A Tragic Event

“This is just a dream, right?”, I asked tapping one of her hostel mates beside me who was crying already. “You guys should stop playing pranks! Aminat was fine yesterday! Smiling as always, looking healthy, what the hell am I seeing now?”, I cried out slumping to the ground. I crawled to her already shook body and shook her vigorously.

“Aminat, you are just fine yesterday, tell me you are joking! Tell me it’s a prank!”, I cried again. You should understand why I reacted like that, I was the last person she saw yesterday and she muttered goodnight to me. Never did I know that would be her last goodnight to me. We were still wailing and crying when ambulance and a police van arrived with her parents. Her corpse was collected. That unfortunate day, I couldn’t bear the crying and wailing. All our friends were around crying and consoling one another. It was the most tragic event I witnessed.

What Happened To Aminat

“I saw her yesterday, she was fine yesterday!”, those were the words streaming out of my mind as tears streamed out uncontrollably.

After being summoned by the police, I explained everything we discussed the previous night to them. All her hostel mates were asked one or two questions and few of our friends too. The responses gotten from all were just as expected.

“She wasn’t fighting with anybody”, “she was always cheerful”, “she was not sick”, “she was okay yesterday”, “she was such a nice person”, “nothing was wrong with her”.

What then happened to Aminat?

She Was An Asthma Patient

Aren’t you interested in knowing what caused her death? It was then I know that behind her smile, there existed her tears. Though she was cheerful, happy and hale to us, nobody knew Aminat was suffering within her. In her own world, she was struggling to survive. We heard an autopsy was done on her body and everything was unveiled.

Alas! Aminat was an asthma patient, she was suffering from a severe one! Nobody knew that! Not even a single soul! How come she hid it so perfectly till her death exposed it all? How come Aminat never said it to anybody what her ailment was? I found it all mysterious!

You May Also Like: Superfetation twins: A mistake turned medical mystery 1°

Aminat died from Dyspnea, one of the side effects of pain relief pills overdose. Did you remember I said it earlier that she told me that unfortunate night that she had used too much of paracetamol and other pain relievers.

Dyspnea is breathing difficulty or discomfort usually with painful or shallow breathing. Dyspnea can occur when resting or during an activity. It can last for a short period of time and it might become chronic. It’s often a symptoms of diseases or aliments.

However, Dyspnea is one of the side effects of pain relief pills overdose including paracetamol with one to ten percentage of occurrence. After Aminat consumed more than enough paracetamol, she suffered from Dyspnea whose symptoms are chest tightness or pain, a cough or coarse noise when breathing, pale and sweaty skin, bluish gray lips or nails, confusion and tiredness.

When Dyspnea surfaced as a result of paracetamol overdose, it’s meant to be short not chronic but as an asthma patient, Aminat couldn’t pull it through since Dyspnea risk can be increased when the victim has a swollen throat from an infection or allergic reaction, lung infections such as COPD, asthma or cancer, heart conditions or when the victim is a smoker, pregnant, liver diseases patient or suffering from any medical condition that affect central nervous system.

Say No To Self Medication And Drug Abuse

She as an asthma patient wasn’t able to survive the Dyspnea and after much struggle, she died. Till now, I remember vividly what Aminat said that night, “Its becoming too much, I should go the hospital”.

Do you understand why I didn’t allow my brother to use the antimalarial drugs? And do you understand why Aminat died a coldly dead? Do you also understand why people died strangely and coldly. Together, we should all say No to Self Medication and Drug Abuse. Let’s cultivate the habit of going to hospital when sick and stop that of buying drugs from roadsides. Let’s put a stop to dying coldly in pain and cherish lives.

Until then, I never knew a self medication of ordinary paracetamol as regarded by people can be dangerous and unhealthy too. I didn’t know drugs should only be used as prescribed by the doctors and pharmacists. Deep down in me, I felt Aminat wouldn’t have died if she visited the hospital.

SAY NO TO SELF MEDICATION AND DRUG ABUSE!!!

Bolarinwa Amirat Olawumi is a Pharmacy student at Federal University Oye Ekiti, Ekiti State. She is a passionate novelist, writer and poet who started writing at a very tender age with lots of successful publications. Her primary goal is to make the medical world a better one and is looking forward to making it comes true with her skillful pen and medical knowledge. To quench her thirst for knowledge, she likes asking questions and researching. She enjoys writing and unveiling new things