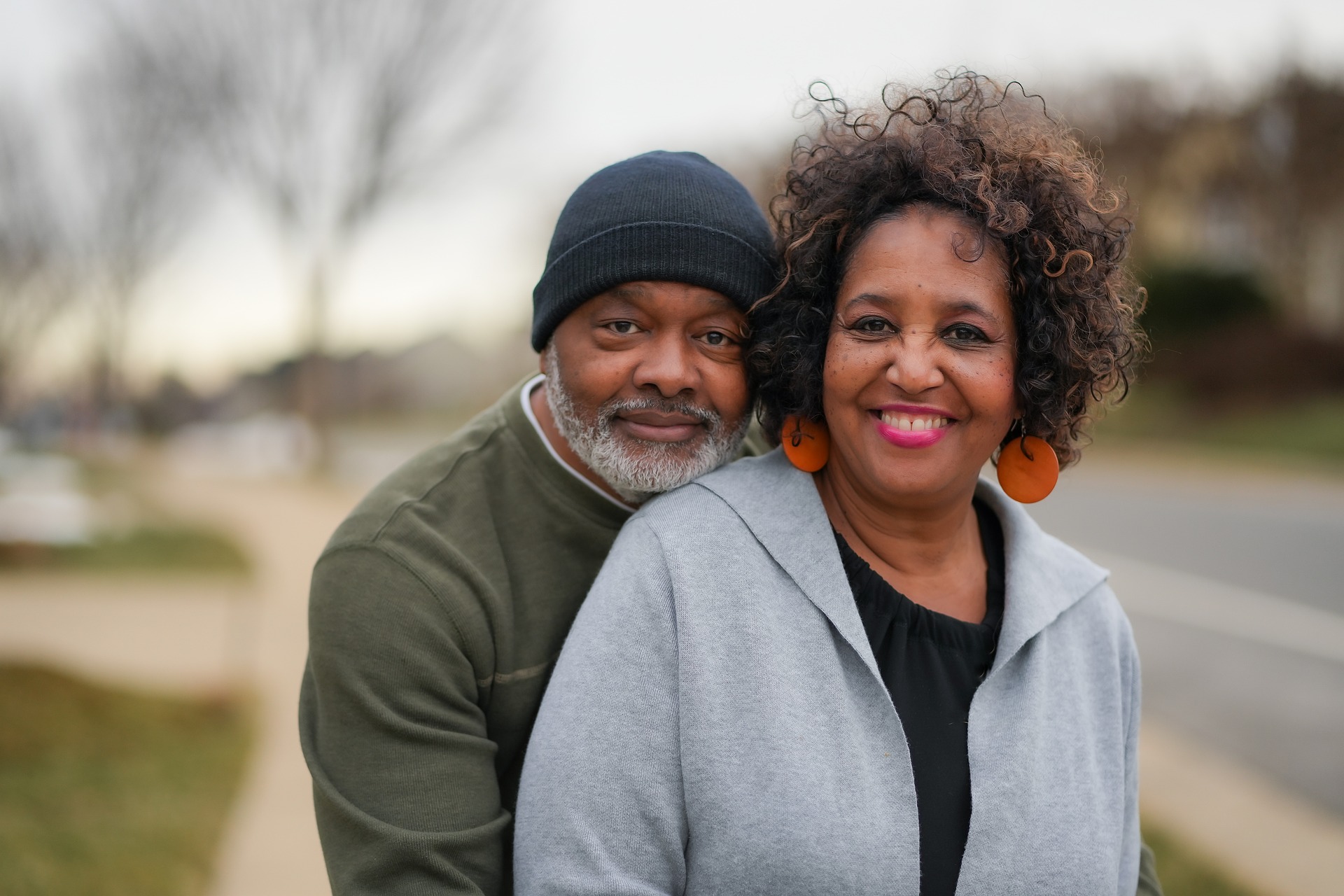 “You are so incompetent here”, I shouted jamming the door of the ward.
“How can that ever be possible? I gave birth to this boy. He’s my son. I carried him for nine months”, I explained to the doctor.
” Madam, please calm down and let’s reason this together “. Are you sure there wasn’t any case of mix up when you gave birth to him? I mean your bodily tissues differ. There’s no scientific evidence that you gave birth to this boy. We carried out the test and nothing, absolutely nothing was the same”,the doctor said calmly.

“Please,think about it well and recall what happened maybe during birth or after birth of this boy”,the doctor explained further.
My heart was shattering into pieces and my throat was burning for hot restrained tears. I gave birth to Clement.
I walked gently out of the doctor’s office and headed to my car. Thn, I started the engine and drove off. My house is about 30 minutes away. I was thinking of how the doctor hammered the sentence to me. “This boy isn’t yours”!

My heart thumped hard in my chest and palm was sweating. I couldn’t focus.
Fortunately for me, I reached home safely.
I met my husband in the sitting room lying down on a sofa. He was just back from Akure,his work place. He didn’t even tell me he was coming back today.
“Oh, darling! Where did you go leaving the gate unclosed? Tried your number, wasn’t reachable. Are you fine?” My husband asked moving closer to me for a hug.
I faced down with hot tears streaming down my cheeks.

“Dear, what’s wrong? Are you not happy to see me? And why is Clement not back from school? Has he gone to Grandma’s place?
“Welcome back” ,I forced my mouth to mumur it out.
“Clement is in the hospital”
Why? What? How…how…did it happen? What’s wrong with him? My husband stammered.
You couldn’t call me darling? Infact,which hospital? My husband threw me into a pool questions.

“We..we…we were having breakfast when he just slumped”, I was trying hard to hold my tears.”I had to rush and take him to the hospital. We got there. We were attended to. Clement was tested and….” the dam finally broke. I broke into tears.
My husband was petting me and begging me to stop crying so I could at least tell him what went wrong.

“Well, Clement was tested and the doctor said he has a end stage renal disease and he needed to have a transplant before the case worsened.” I paused looking directly into my husband’s eye.” That’s still not the bad news dear”. I added.
“The thing is that I volunteered to donate mine and series of test was carried out on me”.

My husband adjusted his seat and looked at me with more seriousness and then I continued.
And to my biggest surprise, the doctor told me that I wouldn’t be able to donate for Clement. He’s not my son. He said our bodily organs and tissues differ. I couldn’t decipher what he meant well, I paused and wiped the tears on my face.
“Oh darling! Darling! Is that why you have kept yourself worried like this? It’s nothing to fuss about”, my husband kissed my forehead.

“Oh really? Like really?”,I asked him.
“Yes!…we will just try another hospital. They might just keep making the same mistake while carrying out the tests”….
Hmmmm! I breathed out heavily.
“Don’t worry, Clement will be fine.”… He assured me.
“Let’s go back to the hospital and check on him again.” He added .
We picked a few things and drove off.

We got to the hospital and they let us in. My husband headed to the doctor’s office and I just followed him like a lost puppy.
He explained to the doctor that he’s the boy’s father and my husband. He asked the doctor if what I told him was true and the doctor affirmed it. The doctor said exactly what he has told me to my husband again. We were both confused.
He demanded another test and the result was still the same. My husband then told me we had to leave the hospital for another one tomorrow.

I couldn’t sleep through the night. I was just waiting for dawn to break so we could get out of the place. It was really a hard time for me.
It was finally dawn and we were issued a discharge. We left the hospital and headed to a more recognized one.
My husband drove in and we got down from the car. This place was pretty much bigger than the former.
I held Clement’s hand as we walked towards the building. We entered and we were directed to sit down at the reception that the doctor will soon be available. We did as we were told.

You’re Your Own Twin; You’re A Chimera

My husband and I kept staring at each other. He would stare at me, then Clement. I just kept praying that we find a solution here.
In less than 30 minutes, the doctor called us in.
We entered and he pointed to the chairs in his office telling us to sit and he asked us why we were here. My husband explained everything to him including all the tests in the other hospital stuffs.
We sat silently and he gazed at me for some few seconds.

“Wow, this is the first time I would be seeing a real life chimera.” ,the doctor exclaimed.
My husband and I looked at each other’s faces and tried to pronounce what he said.
“A chi….chi…chi.. chi what Sir?” I stammered.
” A chimera”, the doctor repeated.
“Ma, you’re a chimera. I am really obsessed with this kind of things. Oh,wow!”
“I don’t understand what you are saying Sir. Can you please explain?”, I asked the doctor.
“What is a chimera and why do you think I am one?”, I asked further.

You May Also Like: SUDDEN INFANT DEATH SYNDROME – ITS RISK FACTORS

What Makes A Person A Chimera?

“Colour of your eyes,it differs. One is black and the other is blue”,the doctor said gently.
“And isn’t that normal?”, my husband asked curiously.
“Well, chimeras are caused through genetics, mutation and sometimes heredity” ,the doctor explained further.
“Sir,I think I am really lost”
“Madam, it’s not nothing serious. Just listen to everything I say,okay?
“Okay”.. my husband and I chorused.
“ is a very interesting topic.

Chimera’s cells are made up of two different individuals. One way chimera happens in human is that a foetus absorbs his/her twin and it is known as Vanishing twin Syndrome”
He stopped and gulped a glass of water and then continued.
“One embryo dies early in pregnancy and its cells are absorbed by the other. The surviving twin acquires some of the dead embryo’s chromosomes causing them to end up with two distinct and separate sets of genes.
This phenomenon is called Tetragametic chimerism. That way ,it shows that you’re your own twin.”
“What?” I shouted.
“Yeah. That is the defining characteristic of what a chimera is…”the doctor said”

How Do You Know If You’re A Chimera?

“How can it be diagnosed? Why? I am confused”
“Most of the time, chimerism doesn’t manifest itself in any easily observed way. Because it usually doesn’t cause problems, it’s rarely diagnosed, making it hard for scientists to say how prevalent the phenomenon truly is. Perhaps many of us are chimeras and just don’t know it.
First,they take a maternity or paternity test and get unexpected results, and don’t seem to be linked to their biological parent or child.

Also, person undergoes a medical procedure, such as testing for an organ transplant, and is alerted to potential chimerism.
Another one is that a baby has physical markers such as body parts from the other sex, such as a girl who has a small amount of testicular tissue.
Moreover,a person is found to have two different blood types.
And they have hyperpigmentation of the skin, or two different eye colors,just like you!”

“It just shows you are your own twin and your twin is the mother of your child”
“Urgh” I opened my mouth and I couldn’t close it. I stood up and fold my hands.
My husband placed his hands across his chest and we were looking at the doctor with confusion.
The doctor brought out a few books about Chimerism and asked us to read more about it .
Things are happening. Indeed a chimera.

Sofiyat Afolabi is a student Medical Laboratory Scientist that has passion in writing and discussing topics related to the psychology of life. She likes to enlighten the public and give speeches to people on different walks of life. She really enjoys being the source that brings and yields positive effects in the society.