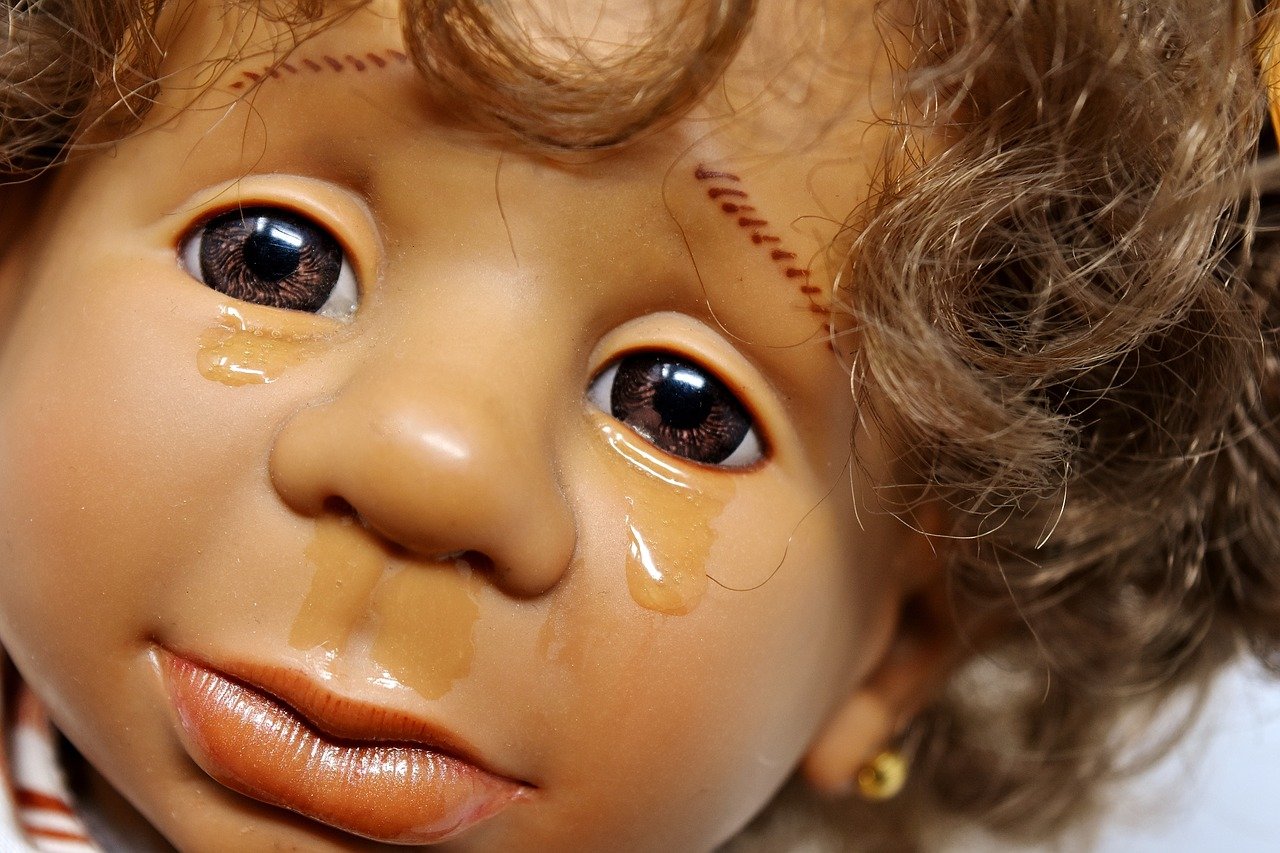 The situation surrounding the loss of my darling daughter, Daniella is something that seemed surreal and hazy until a few weeks ago. Her death made me acquaintances with mystery, made me become all too familiar with once unfamiliar terms. It has turned me into an incompetent mother, a failure. My baby’s death has not just left me in a miserable state, but has given me a status of popularity I never asked for. One minute, I was with her; another, I was being accused of her death. It all started when…

The incident happened about three months ago. I started that day on a low note, unhappy and all because my husband’s people were coming for an event that was going to hold the following day and because they were going to spend the night in our home. The day seemed to get better when amidst the cry of attention from Daniella, I was able to cook for them. As if that was not better, I was able to put her to sleep just about 15 minutes before my in-laws arrived. For that reason, I knew I would pay more attention to them. For about 2 minutes, everything went on fine until my mother-in-law suddenly noticed that my baby was not amongst us.

By that time, my baby was asleep for about 45 minutes. Sleeping for 45 minutes was not strange or anything, Daniella could sleep for 3 hours straight in the afternoon. In the night though, it rarely happened because she was still in the stage of sleeping in the afternoon and crying almost all through the night. She was just a little above 2 months old then. For some reason though, I felt that something was bizarre. The only thing then was that I did not know what it was about. I felt that there would be a breakage of news of my husband getting married to another woman to bear him a male child, so I was occupied with that thought and felt that was enough justification for how I felt.
“Banke” My mother-in-law called me.
“Ma” I said, startled because I was already deep in thought.

“What are you thinking of? Will you not show us your daughter, or you will keep hiding her?” Funnily enough, but not surprisingly, my mother-in-law and her other family members did not come for her naming ceremony or to celebrate with us as she was my third daughter without a son.
“Mama, she is asleep. She has been sleeping for about an hour and carrying her here might disrupt her sleep”

“Ok. We will be going out now to see some people regarding tomorrow’s event, but I cannot go without first seeing my granddaughter. If you cannot give us a son, you will not successfully hide our child from us” she said and with every other person nodding in agreement, she proceeded into me and my husband’s room without permission with me right behind her like a chick behind mother chicken.

I cannot exactly say who of us first saw the reason behind my eerie feeling. My baby was lying face down in her crib, her body turned purple, her face totally covered by the crib spread. Immediately, even as I rushed over to her, I knew that I would never again hear the cry of Daniella, I would never see her smile, never listen to her peaceful breaths, never see play with her siblings. Amidst the shouts of “you have killed her” and “you are a witch”, someone called the ambulance. Seeing my baby’s face stuffed was what made me burst in tears. Honestly, it was not until I was with the doctor a few hours after that I understood why my baby died the way she did.

“Madam, we are truly sorry for your loss. We have ruled out all possible causes of your child’s death. There is only one other possibility and that is “SUDDEN INFANT DEATH SYNDROME”

“What is that doctor? Please explain so I can understand”

“It is just as its name implies. It is sudden, unpredictable and sometimes unexplained death which can happen to any child between a week and a year old. Basically, the child gets suffocated and dies.”

“My baby was healthy. Nothing was wrong with her. How could this have happened?”
“As I said earlier, it is an unpredictable occurrence, and from its name, there is no particular cause.

There are things that could increase the risk of a child dying suddenly as such. Some of such risk factors are:

“Doctor, I think I am starting to understand why my daughter possibly died. I think it is the one you mentioned the last: sleeping on the stomach. I can faintly remember trying to keep up with the chores before my in-laws came and struggling with putting her to sleep. As soon as she slept, I hurriedly put her in her crib and rushed out. I must have laid her on her stomach. The worst is that there were other things in her crib asides the crib spread which, in fact, was not well done”

“Were toys among such things?”

“Yes, I had not cleared her crib, let alone laying it well. She must have felt so uncomfortable before her death. But Doctor, why did she not shout or shed a tear in all these? With the toys and crib spread which must have made her uncomfortable and her face flat in the crib as I met her, why did she not cry? I would have heard, I promise I would have” I said with tears rolling down non-stop.
“Oh, No. My poor baby”

You May Also Like: Progeria: A Rapid Aging Disease in Children

COPING WITH THE HIT OF SUDDEN INFANT DEATH SYNDROME

The realization that my actions, although unintentional, led to the death of my baby is something I have not quite gotten over. I did a bit of study a few weeks ago to learn more about SIDS and got to know that although there isn’t a particular action to preventing SIDS, the risk of exposure to SIDS can be reduced. Doing the exact opposite of all the doctor told me the day my daughter died reduces the exposure to SIDS.

There are other very important steps to take as:

Life ever since the incident

Something I have learnt in the past month is that all of these things do not completely eliminate the possibility of SIDS, but they strongly minimize risks to SIDS. Life has been so difficult for me over the past few weeks. I have had my two daughters forcefully taken from me by my in-laws with no actions taken by my husband to prevent it. I was also forcefully chased out of my husband’s house. In the words of my in-laws, I am useless since I can neither bear a male child nor TAKE CARE of the female children I have. In fact, I heard that my husband is considering taking a new woman as his wife.

I guess this is how life is: unfair. I was advised to start therapy to cope with all the woes that had befallen me and I have started. Although the future looks bleak right now, but maybe one day, I will be able to accept that what happened to me was not my fault in its entirety. Ignorance, they say is bliss. In my case, it brought me trouble and untold pain.
I know that my baby is gone forever, but I also know that my story will serve as a lesson for others, a source of awareness to many regarding what used to be called Crib death, what is now known as SUDDEN INFANT DEATH SYNDROME.

Stella Olanike Agboola is a 1st year Medical student in Nigeria. She is an aspiring blogger and public speaker. She started writing poetry and short stories recently. At her leisure, she loves reading non-academic books.