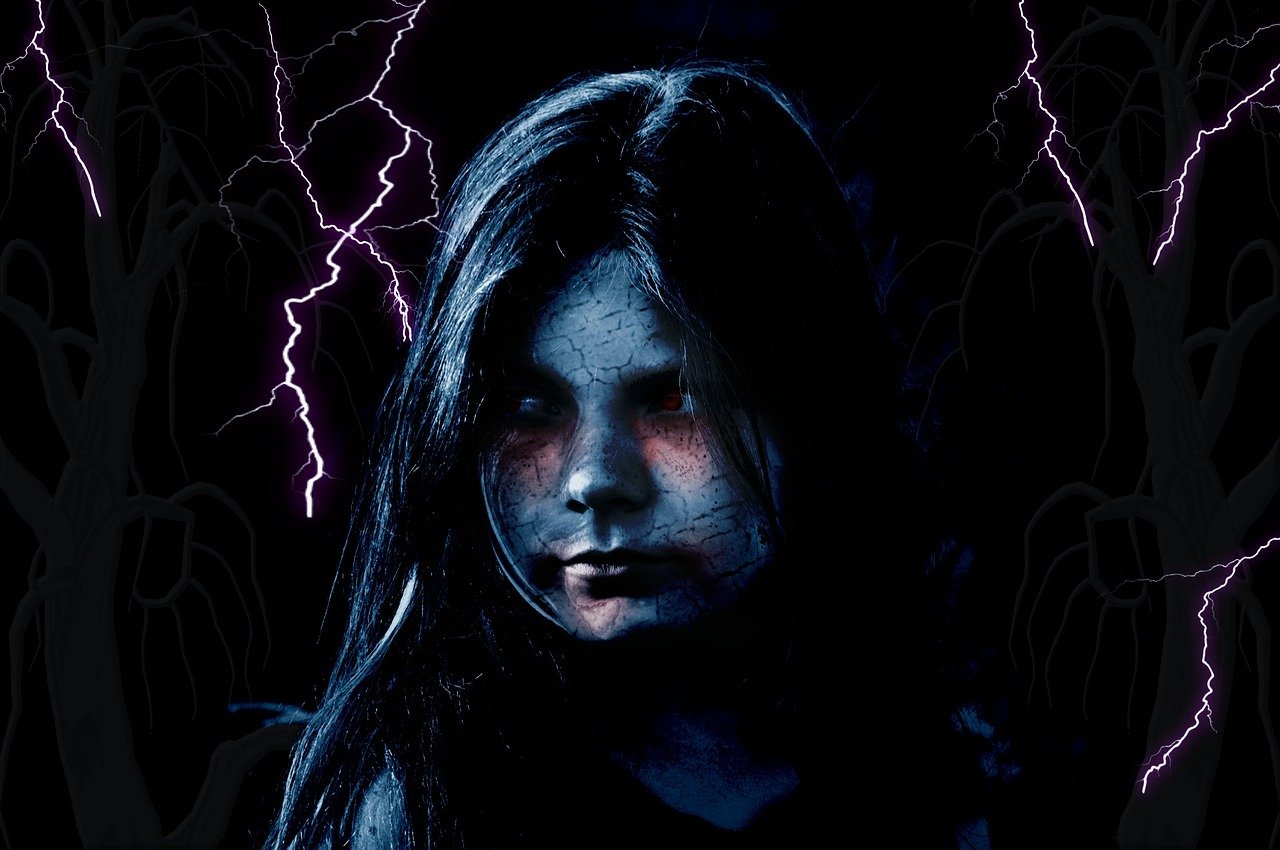 The sharp noise in the kitchen brougt me out of my reverie. Startled, I walked stealthily to the kitchen. Papa had left earlier, which was actually strange. My relationship with my Papa had made a terrible u_turn after the death of my Mama…my Mama, whose sad death and all the blame that came with it, rested on my young shoulders. I hadn’t just lost my Mama; I had lost my Papa, too, because he died that same day, but, his shadow, lived on.

The noise from the kitchen grew louder and fiercer. I could feel the hairs on my body standing. As I approached, the noise died out, and I was greeted with a cold silence. I was sure someone had been in that kitchen, and the evidence was vivid. I could see grains of rice littered on the floor. Had my Papa’s friends paid him an early visit while I had been sleeping? It couldn’t be. My Papa had no friends. Someone had come to eat in here… I was very sure. Was it a thief?

“Hello, daughter.”
“Ma-ma-a-ma?” Nay. It couldn’t be. Mama was dead. Who was this woman? Her ghost? But it was her, because the scars all over her body were in the right places. Was she back from the dead? Nay. That wasn’t possible…

Here’s my story… I’m a sixteen year old girl, who had been blessed with a family, that’s if I could call it that. My Mama had always been a busy woman, and she had little or no time for me. I never for once met her at home, because she was always at the hospital attending to one emergency patient or the other. Once, I had heard from my Papa that they had never planned on having me…that I was a product of their careless act one fateful evening…that I was a mistake, a child who wasn’t meant to be.

I always believed that parents are always passionate about their children, and do things for their own good. My case was a different one. My Mama never looked at me, never cared for me. I had a mother, but had no mother. It felt as though I was motherless, and I had only my Papa to rely on. He knew when I saw my first menstrual flow, and it was he who took care of me and educated me on things I should do and shouldn’t do.
But, you know, there’s a reason God made it in such a way that a child has a father and a mother.

“My Papa was a great father, but, I always longed for a mother figure, and I wondered why Papa didn’t try to get Mama to care for me. They loved each other, no doubt, because it was quite obvious… I was the only problem. ME. So, what I had always yearned to get from Mama, I sought from outside.

“You are a bright and beautiful child, and it’s a shame that your Mama can’t see that…” My Senior had said one day, on our way home. She was my favorite person and only friend, and she protected me from bullies. “Here,” she offered me a bottle of liquid which had this sweet_bitter taste, “Drink this, you will feel alot better.” She got herself another bottle and gulped down the liquid as though it were ordinary water. I followed suit, drinking, as tears streamed down my cheeks uncontrollably.
“They don’t love me,” I coughed out loud, and thought I could see my Senior’s twin, “Why are you double?”

“You are drunk, little one, go home, or your Papa would worry.”
That was the problem, though. Papa wouldn’t worry. He doesn’t even know that I live with him, or that I am his daughter and only child. He doesn’t remember that there’s a ME. This is because Papa has “widow brain,” a condition that set in ever since my Mama, or more accurately, his wife died.

Widow brain is a term used to describe the fogginess and disconnect that can set in after the death of a spouse. It’s thought to be a coping mechanism, where the brain attempts to shield itself from the pain of a significant trauma or loss. As a result of this, my Papa is always forgetful, easily irritated, numb, always experiences fatigue, and has nausea…and you know the sad truth? I caused everything. I killed my Mama, and made my Papa this way.

Initially, I never neared alcohol, not until I turned fourteen, and realized that my Mama never wanted anything to do with me. She was a busy woman, and didn’t want anything that would add to her busy schedule. Distraught and heartbroken, I went to school everyday, and on one fateful day, I met my Senior. She was everything my Mama wasn’t. She took care of me, bought me things…and yeah, she also taught me how to drink.

On one of the days that we had gone out to drink after school, before my Mama died, I drank heavily, way over my drinking limit, so I got very drunk that I was unaware of my surroundings or the people in it. I got home very late at night, and had met my Mama pacing around the sitting room. My Papa had travelled, so he wasn’t around as of then.
“Where are you coming from?” She yelled, as she grabbed locs of my hair.

I screamed in pain, “Please, Ma-ma-a-ma…” I slurred.
“I’m not your Mama, and you are no daughter of mine! ” Mama has never been this angry, before, and I wondered if something had happened, even in my drunken state, “I didn’t give birth to a drunkard!” It’s the first time since this week that she’s talking to me, “Leave this house, and never return,” she said gently, but with finality.

I was trying so hard to control myself. I wondered if I was dreaming or if I was really having this episode with my Mama. My bed, I have to find my bed. Struggling to keep my eyes open and to stay sane, I made to go to my room, but I didn’t know the way. I found myself in the large kitchen instead. I turned around on time, to see a woman charging towards me, bottle in hand. Then dodged, and she struck the glass stand instead, landing heavily on large chunks of glassware. I looked down at the woman lying on the floor in a pool of blood. Was that my Mama? It looked so much like her. I don’t remember the rest of what happened, because I either fell asleep, or passed out instantly.

You May Also Like: Fish Odour Syndrome: The Pathetic Story of Poor Josh

Uptil now, I don’t know the full story, because my Papa never talked about it. I don’t think he ever will. My Mama died, so I was told, and it was all my fault. If only I hadn’t gone out that night. If only I had been a good girl and never drank alcohol. Yes, If only…if only what? Now? I’m a wreck. I have to take care of my Papa and myself. And my Senior? I never heard from her after my Mama passed away, as I was told, and as I had thought..

The thing is I don’t know if my Mama had really died. There’s this woman I keep seeing in the kitchen. She looks so much like my Mama, but my Papa has never seen her, neither has he ever come across her. She’s here right now, making her rounds as usual.