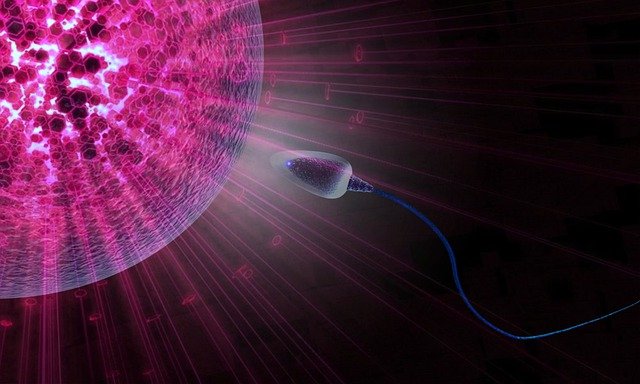 Have you ever thought of how you came into existence, starting from where, when, and how you were created? If you have, which is most likely, you will realize that no living being has come to exist through its consent or exertion. FOR EVERYTHING there is a time prescribed.

You are nothing but a mixture of sperm and egg from both parents that were once unknown to you. Only a thousand out of 250 million sperms succeed in reaching the ovum. You won a competitive race that a thousand sperm cells participated in because you were fortunate to make the acrosomal reaction possible. The ovum only allows one sperm in, that is the essence of man is not the whole semen but only a small portion of it.

You were created from a sperm-drop, your life began after the sperm from the male parent had fertilized the egg in the female parent, which occurred at a specific time. This single-cell known as zygote instantly starts to reproduce by dividing and eventually becomes a piece of flesh, formed and unformed and settled in the womb at the specified term, creation after creation, within three trimesters, then you were brought out as a child.

Life is uncertain and unpredictable

Many things such as knowledge of the Hour, the exact moment of Rainfall, what profession awaits the child in the womb, what a soul will earn tomorrow, and in what land will a person die, seem to be unknown to you. You don’t always guess it right, perhaps you were only given the chance to glimpse within your mental vision and such things are beyond your understanding. No matter how deep you seek knowledge or think, answers to those questions will always be mysterious to you.  He who exists and deceases does not have a full understanding of the future.

The future is never clear, there are limits to your interpretations. Lacking the understanding that everything had been planned at its perfect time and documented in a great book before even you were created. That’s the beauty of life and there is no wish to suspect that all will not go well.

What will you be remembered for?

From time to time, people are remembered not for their names or status, but because of the lives they have impacted via their actions or words. Take heed of what you say and be mindful of every action. Indeed, actions, deeds, and words said against someone cannot be forgotten easily.

Looking at a short story of a generous mother of one, whose child had SEIZURE, a sudden uncontrolled electrical disturbance in the brain, which causes changes in the behavior, movements, or feelings, and in levels of consciousness of an individual. If you have two or more seizures or a tendency to have recurrent seizures, you have epilepsy.

She had been treating him with medications such as phenobarbitone (a sedative drug used to induce sleep).  But there wasn’t any alteration. And she was afraid of losing him since he is the only source of her happiness.

She was told to make an appointment with a neurosurgeon and that requires a huge amount of money, she was still hopeful that her only child would be cured despite her having nothing at that time.

One day, a man was passing by in her area and decided to branch to her house to greet and appreciate her for the kindness that she had done to him a couple of years ago.

He told her that he had benefited from her charitable organization and used some of the money he got from it in his education and he is the medical doctor that she was told to make an appointment with.

She was extremely happy and didn’t know who he was, but fortunately, he was destined to save the life of her only child by prescribing and providing all the drugs that would aid in healing the child. A few days later, the child got healed.

How do you interpret this short story?

She helped a man when he was a boy and didn’t expect him to help her back. Interestingly, the man not forgetting her help compensated her when she was in dire need of help.

It is good to be kind not just to yourself, but to others because for everything there is a time prescribed. You don’t know what tomorrow might be. Sometimes what you do to yourself doesn’t reflect. It’s what you do to others that reflects you. There’s a popular saying “what goes around, comes around” in the sense that whatever you used to do either good or bad will one day be done to you. THE ANTHILL: MY EXPERIENCE AND LESSONS

Nice write up, I like his good use of words to explain every term and also incorporate it in the story, well done.