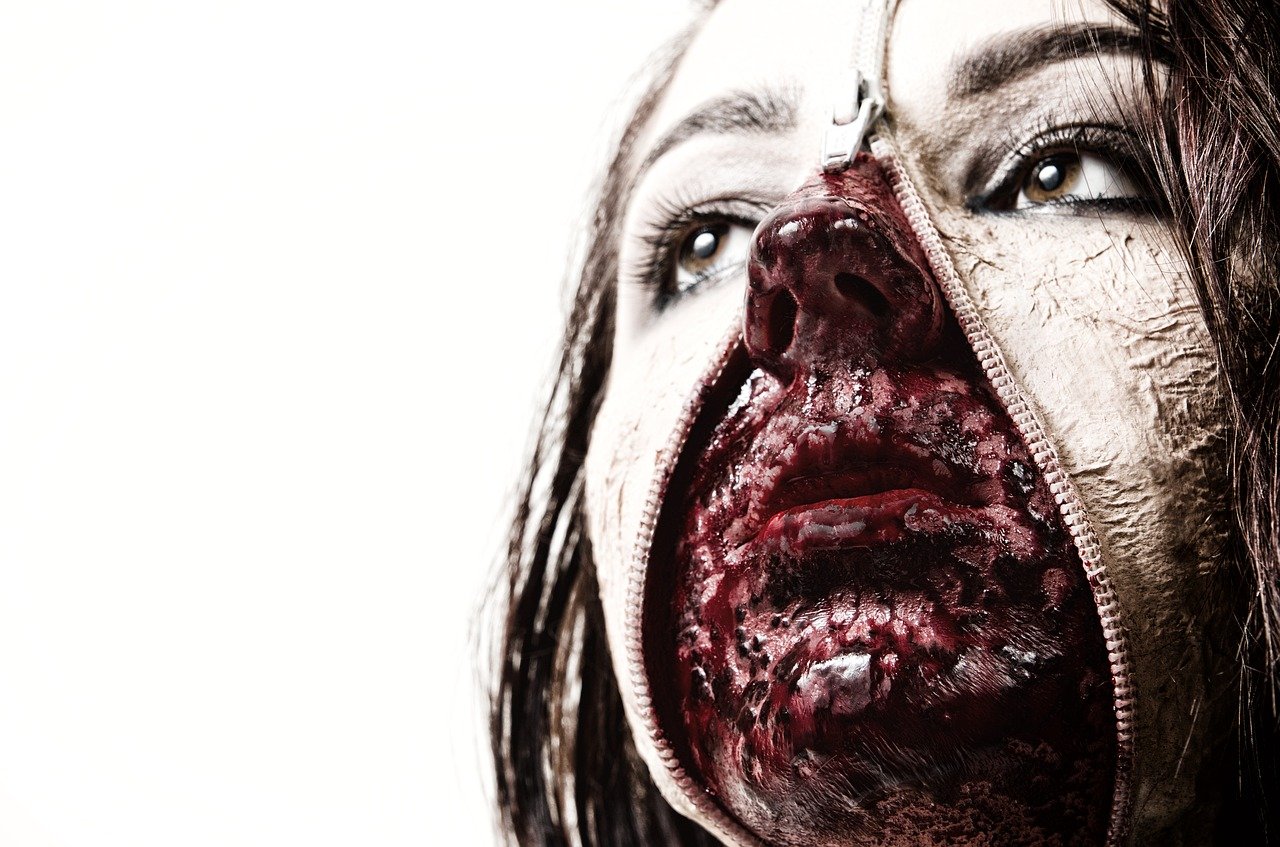 The Charlie Charlie challenge is hitting the Internet so fast, gaining popularity by minutes in all the social media platforms. Everyone is just trying it. Some said it is real but some said it isn’t. But is this stuff real?

My ride began when i left for school for my night tutorials. I invited my two friends, Ezekiel and Emma from the hostel to come join me. Those guys were just too good academically. “Perhaps we could need each other’s assistance” I said to them. We arrived at the school premises on foot and we chose a lecture hall to read in. It was quite away from the other lecture halls. We sat at the middle row and started reading. After a while, the lights went out, like it responded to the command of the snap of a finger.

“NEPA has done it again” Ezekiel and Emma exclaimed. It was a massive power outage. The whole school went dark and so did our reading lecture hall. It became so dark that you wouldn’t see your hand even if you were to wave it against your face. I thought to myself “With all the money this school is making, they could have supplied Solar-powered streetlights to lighten up the school a bit instead of this electricity dependent streetlights”. We turned on the flashlights in our phones and we were able to see ourselves again.

“So what do we do before the power is restored? ” Emma asked us. I said how about we play a game because am already exhausted from reading. “Let’s play Truth and Dare guys but not dirty o” Emma said. We said “No, it’s outdated and it’s now a game for kids too”. “Have you guys tried the Charlie, Charlie board game?” Ezekiel said.

I replied “No, I thought it was all scam”.

“So how about we try it and see for ourselves then” Ezekiel said.

“But guys, isn’t the game all about summoning demonic or supernatural connotation? Emma asked in fear. We laughed and called her a chicken, meaning she was afraid to play the game. I took out an A4 from my backpack and drew two lines to create a grid on a sheet of paper and inscribed the words YES and NO evenly to the 4 quadrants. Emma asked “So how do we send him back when he is summoned?”. ‘Emma, be calming down, besides the Charlie whatever is not even real’ I said to her.

Emma was the scared type, as a lady it’s obvious too. I remembered when she almost fainted when she had her first encounter with a cadaver in our second year of medical school. While Ezekiel on the other side of the coin was always bold and less of a chicken.

Ezekiel was already done placing the two overlapping pencils on each axis of the grid, crossing them in the middle. He then stood and relocated to a seat in front of us making us to kind of create the shape of a triangle.

“Let’s start guys! Charlie, Charlie, are you there? Ezekiel said in a falling tone but Emma quickly interrupted saying “Guys, I think you should see this!”, showing us her phone which displayed an old, tattered scripture, around the 70s I thought.

It read;
“Charlie is a paranormal, bloodthirsty child who died in a paddy cell. He was locked up because he behaved strangely unlike other kids his age. He spoke in different languages at night. Some said he was in cahoots with Satan, or the victim of some kind of violent crime. The belief is that a demonic spirit is being conjured from the depths of hell to answer questions, consume your blood, take what’s dearest to you without your knowledge. Others said he cursed his board game before he died.”

After reading, i asked my friends “Is it the board game we are playing with?”. Well… It was, obviously!. I then looked down to the paper and the pencil was already pointing “YES” I asked Ezekiel if he happened to shake the pencils but he replied “NO”.

Charlie Charlie, are you here?

“Charlie Charlie, are you here?” I asked. Then the pencil displaced to and fro gently and stopped at its existing quadrant “YES”. There was no sort of air to cause the displacement in the hall. Then I knew all was real. My heart started racing . I began sweating profusely too. “That’s spooky bro” Ezekiel said.

The pencil then displaced quickly to “NO” We were really getting scared. Then we heard the laugh of a child echoing in the hall. I asked Ezekiel if the game was supposed to make sounds. “I don’t know, I have never played it before but I don’t think it should!.

Charlie Charlie, why don’t you want to go?

We all maintained silence to hear the response. “Can I take you with me…Hahaha” the voice sounded more of a male child like from the scriptures. The message delivered shiver to our spine. We wondered who he was talking to.

“We shouldn’t have played this game in the first place” Emma said as tears rolled down to her cheeks.

God! My heart beat like it would explode out of my chest. I could feel some wired movements in my head too. In my whole days of existence, I have never experienced anything so terrifying as that. I thought even if I’d survive, I would never play any games again, even of any sort, ever!

His neck was chopped off by the side!

Charlie giggled and “Whoop” Ezekiel was drawn behind by his legs so fast into the darkened area of the hall. “Praaaaise…”, he called out my name as the pitch of his voice dropped to zero. I quickly stood and ran after him leaving my phone which had its flashlight on behind. I shouted his name but all in vain but I continued. Emma soon arrived with a phone, she flashed around the hall until we found dead Ezekiel in a terrible situation. His neck was chopped off by the side due to the immense bites taken by the demonic force. Emma started panicking as she could not stand the sight of blood.

‘Don’t worry Emma, nothing will happen to you’ I said to her trying to get her calm.

“Let’s run Praise” she said as she held my hand. We ran for the doors but what we found was surprising to the extreme. There were no longer doors and windows but cemented walls. We knew we were in a difficult dilemma. We knew one of us was going to be the next. I ran quickly to our table where we dropped the game and so did Emma.

“Charlie Charlie, is one of my friend going to die” I said.

The pencil on the top gently displaced to the quadrant bearing “YES”. I threw the game away out of frustration and I turned, only to see Emma’s phone on the ground without the owner. ‘Emma, Emmaaa!!” I called out at the top of my voice but all in vain too. I knew the demon caught her too. “Now is my turn I know” I said to myself as I sobbed in regrets.

A Pinch of Hope

When I thought all hope was lost, I picked Emma’s phone from the ground and my eyes coincidentally locked to the phone’s screen which displayed the scripture we read at the start but this time it showed how to send the demon back to its territory. A pinch of happiness dropped in me as I read;

“For he that has summoned the unwanted, reverse the movement of the spindle as per the number questions asked and voice out ‘Charlie, Charlie, we can stop now!’ and break both pencils! but that which he has lost cannot be revived!”

I saw the figure of a boy…

I immediately began flashing the ground in search of the game components. My tears dropped to the ground, making traces to where I moved. I couldn’t comprehend my feelings at that moment. Thankfully I found all and I arranged them but the laugh of the child resumed which spooked me more. I flashed at the direction of the sound and I saw the body figure of a boy, barely 13 years old but with terrifying looks. He had hooves for feet with long crooked nails for his hand. He also had a tail. There was also blood from my friends dripping from his mouth.

Immediately, I began reversing the pencil on the top as I recite “Charlie, Charlie, we can stop now” he drew closer, giggling at me. I was at the last phase of 5 when he made a growling sound and jumped to attack me. He caught my neck and threw me far to the chairs behind. “Thud” I opened my eyes and he was already on the desk in front of me. He raised me up by my clothes and aimed for my neck with his bulgy irritating eyes.

“Snap” I broke the pencils with my thumb and my fingers, each hand held a pencil.

He made a loud crying sound as he turned to see my hands. The sound was as if his body parts were gradually detached from his whole although he started fading like a flower from below. He hurriedly went for my neck with his normal human dentition as I could see helplessly. I feel unconscious expecting a bite that will send me direct to my master.

Till then, I learned to leave some facts the way they come to my knowledge. I still wondered what was dearest to Ezekiel and Emma. Ayuba Muhammad Mailafiya is a 2nd year medical student. A pretty young mindset as well. He expresses unique taste of words in literature. All things not excluded, also that creative bulb who loves to shine the minds of his readers with his ink.