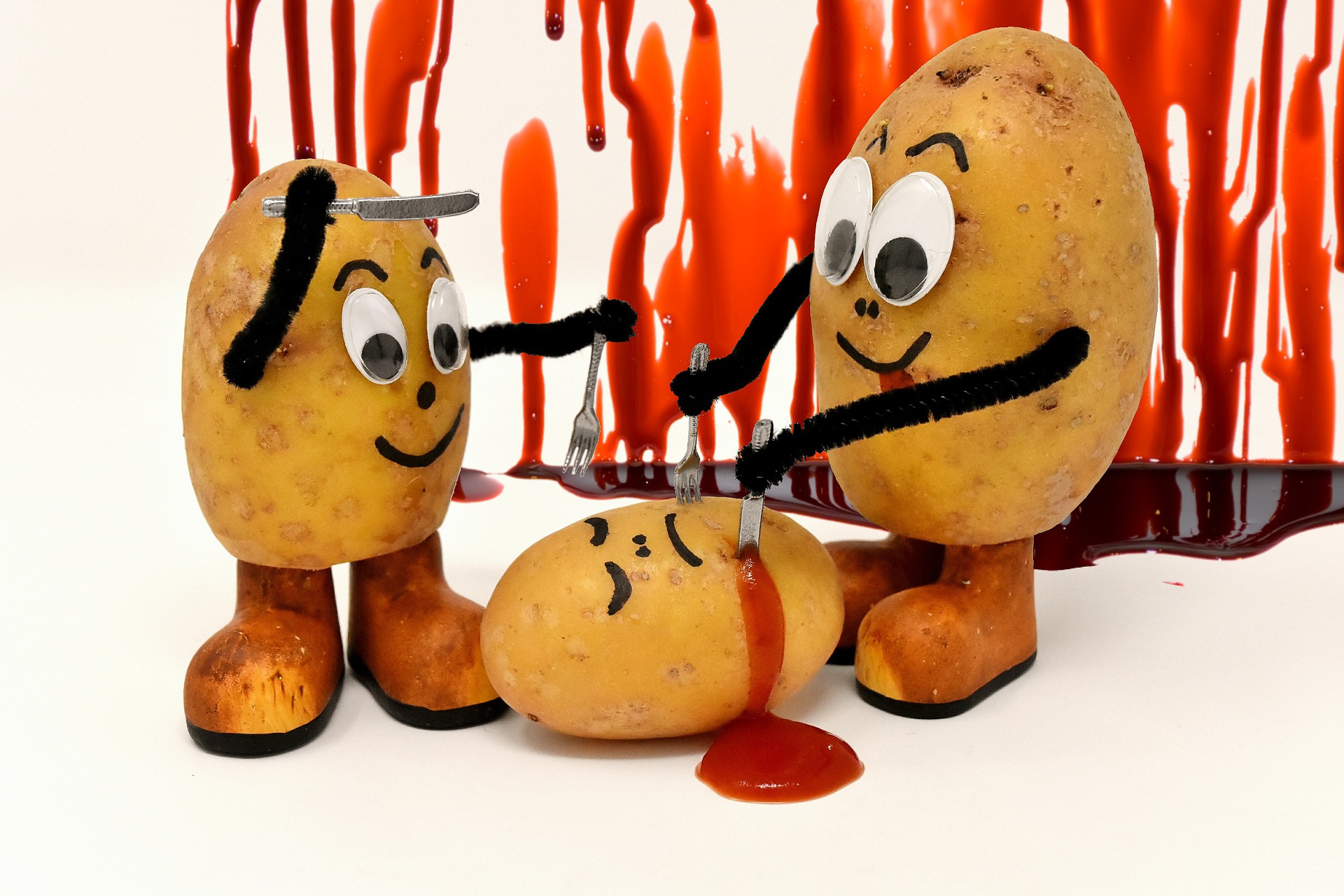 Would you believe if I told you that many many years ago, there were people who lived a strangely quiet life? If I told you that the daily hustle and bustle, the daily excitement that comes with working joyfully was missing in their lives, would you believe me? Chillax and enjoy your favorite snack with a drink as I take you through a story that tasked the intelligence of so many scientists for many years.

THE START OF THE SURGE

The situation of things for the people living in the remote eastern islands of Papua New Guinea [PEOPLE of the FORE tribe] was an extremely pitiful one, one that scared the young and old. A mysterious disease broke out suddenly in the early 1950s. The symptoms that came with the disease was even more unexplainable, it came suddenly and in stages. For the first few weeks when this disease started; the symptoms were unsteady gait, poor muscle control such as an inability to grasp objects, tremors in the body, difficulty in walking, and difficulty in speaking. After a month or two, the symptoms grow: the person cannot walk without support, experiences emotional instability and behavioral changes. One of such instability is uncontrollable and sudden laughter at frequent periods.

The penultimate symptoms is inability to sit without anyone’s support, which means that they have to almost always lie down. The victims were starving because they could not swallow and they could not eat well. Laying down for so long, body ulcers and infections coupled with hunger, led to the final straw: death.

As if it was not bad enough that all of these symptoms led to death, the residents of the island knew neither the cause nor a solution. What they believed was that KURU came to be as a result of witchcraft because why did it affect women and children more? Well, little did they know that they would receive visitors that would change everything. They did not know that a Nobel Prize would be won because of this mysterious disease called KURU.

The name KURU was gotten from a native word that implies laughter, drawn from its most obvious symptom which is a malfunction of the nervous system: uncontrollable laughter. The disease KURU is also called laughing sickness or laughing death because the ultimate result is death. The disease KURU takes so long to incubate, such that a person with KURU may live for decades without showing a symptom.

HOW WAS KURU DISCOVERED?

Daniel Carleton Gajdusek, an American physician heard about the disease and went to Papua New Guinea. What he did first was learn the FORE language. The purpose of this was to facilitate communication with the FORE people. After six months of staying with the people whom KURU had been ravaging and carefully observing them, he knew for sure that the unknown cause of KURU was affecting the part of the brain responsible for muscular coordination. That was a step forward for Gajdusek.

In one complex were the laboratories of the national institute of health. The laboratories were well equipped with human and material resources. People like Michael Philip Alpers started to work hand in hand with Gajdusek in fishing out the real cause of KURU. A couple anthropologist also had to live for a while with the people of the FORE tribe, learning their language and testing a lot of their hypothesis. In the laboratories, a lot of testing was taking place. They started testing things in the environment first, from grains to grasses and leaves to bark from trees to the food and water consumed. Everything that could be a form of potential threat was tested. After testing virtually everything, they concluded that nothing in the environment posed a threat.

THE BEGINNING OF SPECULATIONS AND EXPERIMENTS

Next, the dead KURU victims had samples taken from their bodies into that of other living creatures like Rats. Still, nothing happened. No changes and no harm came to the test subjects. Next, they started to test lots of KURU victims’ brains for any similarities or any abnormality compared to those of other humans. After some time of close testing, a virologist, found three things:

Although all of these were seen, the only conclusion they could come to was that the KURU disease was as a result of an abnormality in the brain. They had no conclusive evidence or fact to back up their theory. They needed to do more. Why was it very important to find out the cause of KURU?

All the scientists working hard to find out what the cause of KURU had one common purpose: finding a possible cure or at least, a way of preventing the spread. They also all had one question bothering them: Why did KURU affect women and children than it did men? What were the FORE women and children doing that the men were not? For this reason, they continued looking for all possible cues and clues. Alas! One was found. It happened that there was a veterinary doctor who saw in his sheep what had been seen. He found an unmistaken similarity in the symptoms of KURU victims that he found in his sheep that had developed SCRAPIE.

Scrapie was a disease that attacked sheep and goats. It is infectous and leads to death, just like KURU. When animals caught it, they were put to death. Just like KURU, it took so long to incubate, such that for many years, a sheep with Scrapie showed no symptoms and looked completely fine.
Upon discovery of these striking similarities, the vet doctor made it known by writing in a magazine for doctors that the trembling and loss of coordination that came with KURU was very much in his sheep, and that the mystery that had been afflicting the FORE people was also in his flock. On examination, the infected sheep had similar brain structures with the KURU victims. That was the beginning of an experiment that led to understanding the root of KURU.

WHAT WAS THE NEXT STEP?

Daniel Gajdusek and his team thought of conducting an experiment on Chimpanzees, and they got right to it. What they did? Simply, they took the infected brain of a dead KURU victim and injected it into the brain of some Chimpanzees, and kept them for observation. At this time, more than a decade had passed of trying to solve the KURU mystery. It was already in the mid-1960s . The first year went, nothing happened. In the second year though, something happened. One after the other, the injected Chimpanzees developed KURU. After some time, they all died. Now, two speculations were confirmed. The disease was transmittable, and it was because of abnormalities seen in the brain of KURU victims which were also in the Chimpanzees. What started this disease? How did it spread? What was the source of this mysterious epidemic?

WHAT MADE WOMEN AND CHILDREN MORE SUSCEPTIBLE TO KURU?

Behind the scenes, the couple anthropologists mentioned earlier were working hard to observe what the women and children were doing that made them more at a risk to KURU. After some time, after doing statistical and cultural work and observations, they noted that the people of FORE loved very much to bury their corpses and eat them afterward. They performed this rite for all their dead ones because it made them feel closer to them and because they believed it freed the spirit of their deceased families. They prepared the bodies, cooked and ate them. It was the role of women to prepare the dead body for burial and cook the parts too. This made them almost always in close contact with dead bodies.

In eating the dead bodies, women always ate some specific body parts, including the brains of the corpses. They also gave their children parts of what they were eating. Men never ate the brains because they believed that the women’s bodies could better tame the dangerous spirit of the dead.
The conclusion: Prions caused KURU. Prions also killed the infected Chimpanzees who had the KURU victims’ brain in them.
Prions are contagious, misfolded proteins that accumulates in the brain and later affects negatively the nerve cells in the brain.

These prions can be found in many parts of the body, but they were more concentrated in the brain of deceased family members. They were transmitted to both men and women when they ate dead people, but affected women and children the more because they ate the brains. The fact that women and children ate the prion infected brains in their deceased loved ones exposed them to KURU than it did the men.

IS THERE STILL CANNIBALISM IN PAPUA NEW GUINEA?

Unfortunately, KURU had and still has no cure. A diagnosis of KURU was an automatic death sentence. For this reason, the government of the day had to ban the practice of cannibalism, the practice of eating the dead. So many people had been infected because of this practice, so many had it in them without knowing. Many people lived for years after and suddenly had their lives shattered by the KURU disease. An end was put to cannibalism among the FORE people and their surrounding towns. What else do you need to know about KURU?

An end to Cannibalism was not an end to KURU. For many years after, there were new KURU victims and new deaths. This was because KURU was a disease that showed its symptoms many years, sometimes even more than 40 years after infection.
It was in 2012 that the epidemic was declared over, because counting from the 1950s , the incubation time was over, and there were no more deaths from 2009.

THE DISCOVERY OF KURU OPENED NEW VISTAS OF HUMAN MEDICINE

Daniel Carleton Gajdusek won a Nobel Prize in Physiology as a result of his contribution to ending KURU and the development he brought to Medicine
KURU was not transmitted to a child through breastfeeding or labor, it was only through the eating of infected victims. This was made clear because since the disease had been abolished, no newborn child developed KURU.

The seriousness of Cannibalism and the harm it did to many has been made clear from the story of the FORE people. For years to come, the danger of cannibalism as portrayed in their case will remain evergreen in the hearts of many. Did you know, though, that many that ate these infected prions in dead humans were carriers of prion resistant factors and survived this endemic because of their immunity? This was real breaking news.

Stella Olanike Agboola is a Medical student in and an aspiring blogger and public speaker. She started writing poetry and short stories recently. She loves listening to music. At her leisure, she loves reading non-academic books.

EPIDURAL BIRTH: A CONVINIENT OPTION FOR WOMEN WHO CAN’T STAND NATURAL BIRTH AND DOESN’T WANT TO OPT FOR CAESAREAN SECTION