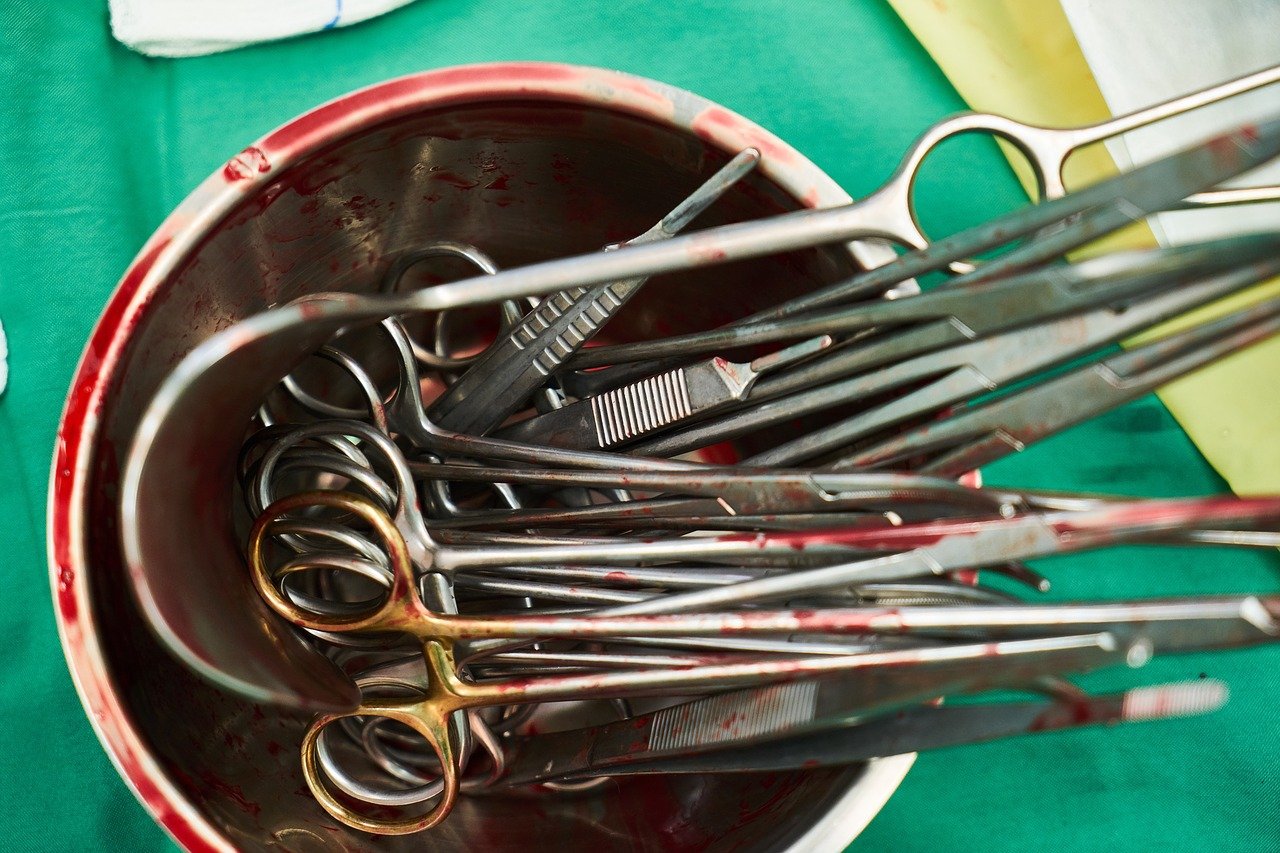 “Patient with severe abdominal and chest trauma, move! Move!” the paramedics hurriedly wheeled the dying patient into the emergency room, everyone moved helter-skelter, but definitely not in a confused state. A teen with a knife severely stabbed into his chest—penetrating numbers of inches into the thoracic cavity, “He needs a rapid response, abnormally high pulse rate, shortness of breath, acute hemorrhages of about 2.0 liters“ the paramedic declared.

This happened during my night shift as a resident with just a single senior doctor around. When he arrived at the hospital the knife remained wedged in to his left chest , I was in a state of confusion, and for some reason, one thing I could remember was never to remove the knife without a proper assessment.

“He needs surgery! Without that, we are never going to save him, he’s bleeding” I said as a grabbed a bandage and placed it on the bleeding wounds to reduce the bleeding “Put a call through, we need a trauma surgeon ASAP” I said. Dr. Foley — the only surgeon around who could perform the surgery, however was nowhere to be found that night.

“Ringing…., no response ” said a nurse practitioner. “His heart rate is falling; we need to stabilize him” that was the next thing I heard the other ER nurse said. I was never going to let a patient die on my watch, “prepare him for the operating room as soon as possible” I said “I need to find that fool, he must be around” I said silently as I left to find the Dr. Foley.

Accordingly, I wasn’t a certified surgeon yet as I was in my First Year of residency, so I wasn’t permitted to carry out such procedures or to remove a knife stabbed into the chest on my own without supervision by a surgeon.

I ran as fast as I could to get to the places I could find Doctor. Foley. Soon I found him Sitting on a chair—fast asleep. “We have a patient, severely stabbed in the left chest anterior axillary line, just below the level of the nipple, we are losing him!” I said. “Scrub In….! We’re doing this together” he replied as he stood up.

Moments later, just like the surgery was long scheduled, we entered the operation room as everything seemed well planned, Cardiac monitors, blood pressure-cuff and oxygen saturation probes were then placed on the patient.

His images and ultrasounds were taken and luckily no hematomas (internal bleeding) around the heart, however, after successfully removing the knife, we discovered he was bleeding internally around the diaphragm. We proceed to getting the bleeding under control within minutes. “Tie…….cut…. tie… Cut” Doctor. Foley murmured as he closes up the skin of lacerations.

” Beep……. Beep……. Beep……… ” the electro cardiogram attached to his body beeps with normal heart rhythm, suddenly the nightmare happened. “He’s having a heart attack!” he declared, “The rhythm is going down, we need to maintain his circulation, chest compression!” I said.

Soon, we started chest compression and defibrillation in a haste to resuscitate him. “Epinephrine” the surgeon ordered as he collected the syringe containing epinephrine from the surgical nurse, he gave him several shots he wouldn’t give in normal circumstances.
However, several attempts to get the rhythm back failed. I compressed as fast as I could but nothing happened except a falling heart rate.

The heart rhythm on the ECG monitor finally dies down after about 45mins of resuscitation.
Sadly, no Vital signs, we declared him dead and resuscitation procedures were stopped ” Time of death; 9;45pm” the surgeon announced. “We tried our best to save him, but we couldn’t, we were damn late” I said as I put off the surgical mask—something I did without being aware.

“I can’t document any cause of death for now, everything went fine, we stopped the bleeding, blood volume was kept under control” the surgeon said “Are we missing something here?……… Schedule him for autopsy, we will need the report ” he ordered.

Few hours later, the pathologist was about to start the autopsy when he felt a faint pulse around the wrist where the radial artery approaches the surface skin. “Oh my God, he’s alive! “ He said. He alerted the ICU as soon as he noticed while at same time resumed the resuscitation procedures just to get the heart back to its normal rhythm.

Luckily, he came back to life. “ I can’t believe this is happening, we pronounced him dead few hours ago now he’s back to life again” Dr. Foley said, “When I was in med school, a professor mentioned something just like this, Lazarus Syndrome! ” I said “Lazarus Syndrome?, Isn’t that some kind of folktales? ” the pathologist said.

“It’s not a folktale! Lazarus Syndrome is real, high dose of epinephrine may triggered the heart to get back its rhythms, we performed CPR for more than 45mins, without the heart responding, pressure buildup in the chest, when we were in the operating room these pressures didn’t relax. I guess the flow back happened while we left him as a corpse.” Dr. Foley declared.

The relaxation of pressure after CPR allow the heart to expand, it then triggers the heart’s electrical impulses and get it working again. This is no Sci-fi, however, more studies are still being carried out for more understanding about this rare phenomenal. According to Wikipedia -Lazarus syndrome, medically known as Auto resuscitation is a rare phenomenon that occurs after failed cardiopulmonary resuscitation(CPR).

Fifteen days after awakening from the Dead – Lazarus Syndrome

He was well enough to talk with family and friends the following day in the ICU. However, he couldn’t recall the event that led him to the operation room. That baffles me, could he have suffered from a brain damage? We removed the oxygen mask when the resuscitation failed, could the brain possibly survive those stress without good oxygen supply? Did he survive a scenario that could lead to brain death? However, he died fifteen days after the surgery.