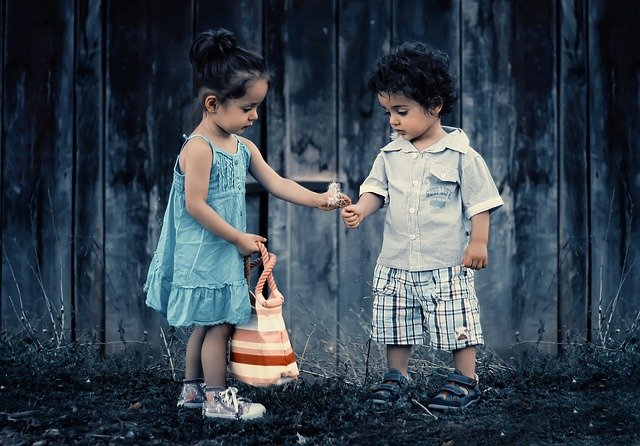 Push ! Push ! Said the doctor
Soon cries of young lads filled the air in the hospital.

Mrs Benson had just delivered two bouncing baby boys ( twins). Her husband was by her bed side speechless but filled with joy and thought of past hurdles of getting his wife pregnant. For sixteen years the couple remained childless, their family doctor deemed him impotent for he had low sperm count and erectile dysfunction. The only medical option available for them was in-vitro fertilization ( IVF). Luckily for them they had not one but two children.

Preparing for Circumcision: What to Expect

Few minutes later the doctor came in and inquired from the couple their stance on circumcision of their children. Mrs Benson was keen on the idea of circumcision for she was a Christian and it was part of her beliefs.  Her husband on the other hand was an atheist. He never really felt circumcision would be ideal for his children because he had never been circumcised since birth. They both tossed opinions back and forth before the doctor interrupted them and said;

“circumcision reduces the fears of sexually transmitted diseases, prevents conditions like phimosis (inability of the foreskin to retract), balanitis ( inflammation of the glans or head of penis), penile and cervical cancer, lessens urinary tract infections in the long run boosting the sexual reproductive health of children”.

Mr Benson stood and stared at both the doctor and his wife, he later agreed to have them circumcised. The doctor immediately ordered in two mid wives who whisked the twins away. They headed for the operating theater with the doctor accompanying them. The couple continued discussing till they finally agreed to name their children Jimmy and John.

What can go wrong with a Circumcision?

Oh no ! Oh no! said one of the nurses who rushed out of the operating room. Suddenly ten nurses rushed into the operating theater with three others advancing heading for the theater.

Mr  and  Mrs Benson sensed something was wrong, their hearts skipped a bit. Their suspicion heightened when they heard pulsating cries of their twins but one seemed louder than the other.

Immediately the doctor came out of operating theater sweating profusely and they approached him. Wearing a moody face he broke the sad news to them that he mistakenly cut the penis of one of the twins. Mrs Benson fainted on the spot while her husband put up a fight with the doctor. He reigned all sorts of insults on him. It took the timely intervention of security operatives to stop them from creating a scene.

Three days later the couple decided to visit Dr Charles Wade a renowned pediatric surgeon who worked at John Hopkins Hospital. They presented their case before him. He told them the only surgical procedure available was Gender Reassignment surgery (GRS). Meaning their son John would be transformed to girl. Mr and Mrs Benson shook their heads in dismay wondering if John would ever fit into the female gender properly. But the doctor reassured them, stating he had performed several successful Gender reassignment surgeries (GRS) and patients were able to adapt to their preferred gender afterwards.

The couple later resigned themselves to fate and decided having his name changed from John to Joan since he would eventually become a girl after the procedure. The surgery was successful. The doctor prescribed transgender hormone therapy drugs to be taken during the onset of puberty to make her more feminine.

Thirteen years passed and Joan had already attained the purbertal stage developing sexual characteristics like breasts, larger hips, etc. Joan never liked the idea of behaving like a girl. She preferred acting masculine coupled with the fact that her father made her feel neglected because he always bought expensive clothes and took her brother Jimmy on luxurious trips but never did such things for her.

Mr Benson, her father justified his actions by saying women belonged to the kitchen and nothing more. Also she preferred playing football with boys at school but she got mocked each time and turned down. Being an object of scorn among her friends,  this made her feel depressed and she craved belonging to the male gender vehemently.

Just like a flash of light she had turned sixteen. Her male dominated behavior had taken the best part of her. Tom boy she paraded herself . This time her parents became worried so they decided to see Dr Charles the second time. They complained bitterly for their expectation of Joan adapting to the female gender was a failure. The doctor asked if they administered the transgender hormone therapy drugs, they replied affirmatively. He opened his mouth in awe and paused for a while.  He later told them it was Gender dysphoria (sexual orientation may not correlate to gender identity).

Joan may be a girl possessing female organs but that doesn’t guarantee that she would act feminine in the future. She may opt to behave or have masculine inclined feelings. He further explained that Gender Dysphoria is prevalent in concordant twins (twins possessing similar traits) and that Joan their daughter may have been exposed to high androgen levels like testosterone during her intrauterine life. This may have affected her brain making her act masculine since she originally was a boy at birth.

What other factors influence Gender Identity?

This was not fully the case because it was also linked to genes since the trangender hormone therapy drugs he gave failed to make her feminine in the long run. He thought for a while and said it could be Genes.

“Genes also have a role to play in sex hormone signaling and distribution at the purbertal stage and also helps one in conforming to a gender identity”.

He agreed that environmental factors like gender inequality may play a role in helping one choose a sexual identity as seen in John/Joan Experiment.

Not too long before he finished talking Jimmy called with a breaking voice saying Joan is dead! She stabbed her self with a knife.

What did the John/Joan Experiment case prove?