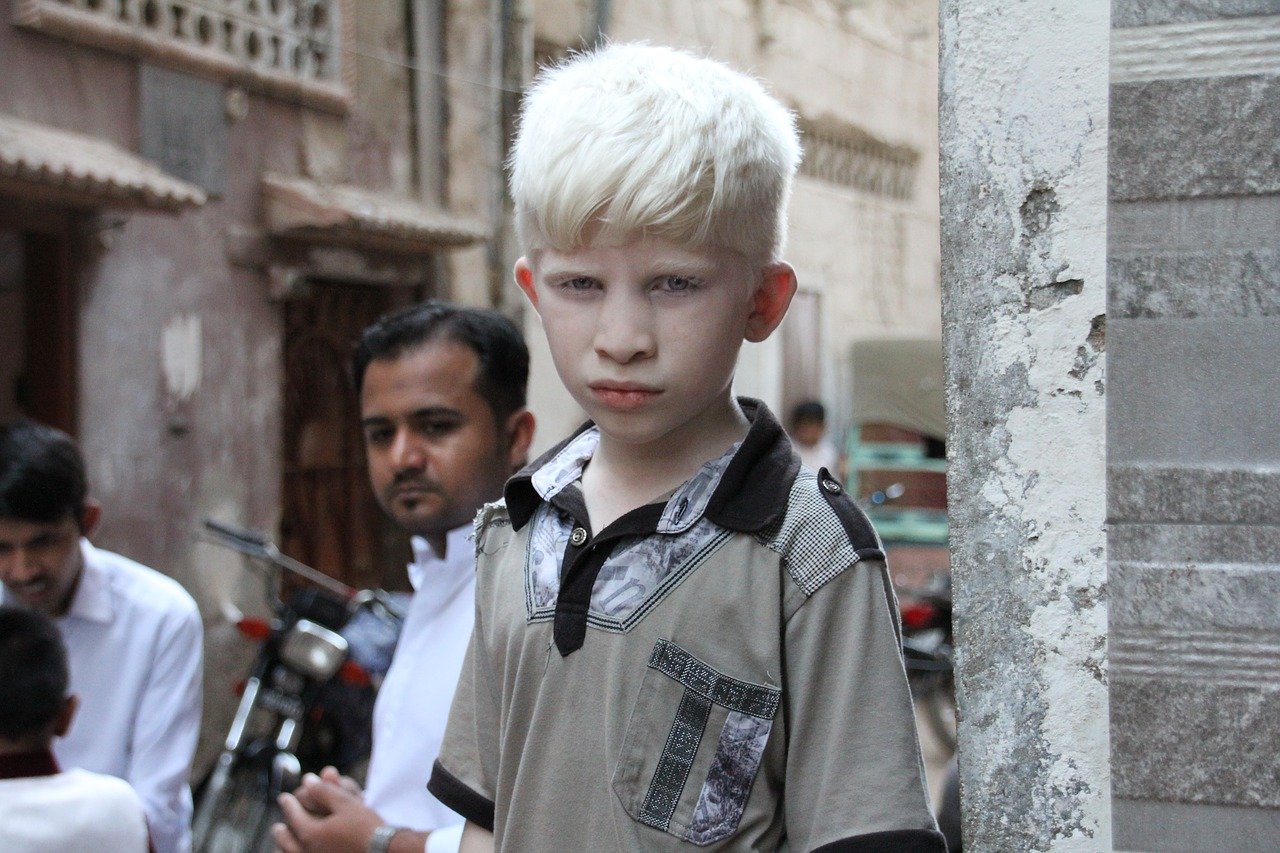 The last words of an Albino

‘Don’t miss me when I’m gone. Well, you all never valued me in the first place. I curse the day I was born. I have been through hell. I have faced a lot of rejection, ridicule and mockery. I have been scorned by so many all because of my color. I have been taunted and hunted because I can’t produce melanin. I never wished to be an albino, but it’s something that just happened’.

The whiteness is not our fault

I had yelled at no one in particular smashing the mirror in my room. I was soaked in tears and my eyes were swollen. I took the bottle of sniper I had purchased and brought out a glass of cold water. I was determined to end my life. I couldn’t bear the mockery anymore. I poured almost all the content of the sniper into the glass and was about to drink it. My mind went back to all the humiliations I had encountered.
I was still a child. I had three sisters. I was the only albino and male child in my family.

My father never admitted I was his son. Blinded by ignorance, he claimed I was an evil spirit. He said he wasn’t an albino neither was my mother an albino. The doctor had explained to him that it was very possible since they both had a recessive gene for albinism. But, my father never accepted. He would yell at me and drive me away whenever I was around him.

My father had enrolled all my sisters in a private secondary school but he sent me to a public school. I was bullied at school. My mates would laugh at me and call me all sort of names. Teachers also made fun of me. No one wanted to associate with me. Everyone ran away from me. In fact, I had no seat partner. People said I was always smelling.

Unfortunately for me, I lost my mother after I had just completed my secondary school education. My mother was the only one that showed me love. Few months after the death of my mother, my father married another wife. She maltreated me a lot and sometimes taunted me because of my color. Most times, I would go days without eating. But, my father never said anything. I felt so shattered. My world was crumbling.

It was time to take the Unified Tertiary Matriculation Examination (UTME) which would qualify me for admission into the University. I had asked my father for some money to purchase the form but he refused. He said I had no future and school wasn’t meant for me. I really wanted to go to school. My grades in school were more than average. I had always wanted to be a computer engineer. My passion for school drove me to the street. I was looking for ways to earn money.

The Struggle for social inclusion of people with Albinism

I wrote application letters to some primary schools but it yielded no result. I remember one of the head mistress had asked if I wanted to scare the children away. I tried seeking a job as a sales boy in a bunch of supermarkets but none would employ me. I went to some construction sites to seek for a menial job but I was ridiculed and humiliated.

‘No one really wants me!’ I screamed as I stopped ruminating. I clasped the glass cup containing the sniper and the water. I slowly positioned the cup towards my mouth. With my eyes closed, I gulped all the content. The taste was awful but I had no choice. At least, it was a sure way to die.

Soon, tears started gushing out of my eyes. I could feel some discharge from my nose. My head was on fire and it felt like exploding. I felt some tightening in my chest. I fell on the floor instantly and started vomiting. I had no strength again. It was over. Soon, my heart stopped beating and I was gone away from the world. Gone far way from a world of prejudice.

Never, Ever Humiliate an Albino

Never humiliate someone if you can’t appreciate the one. For even the winds of mutilation blow away the tree of confidence…But a few soothing words pour a portion of self-confidence on the growing shrub. The First Patient: Dawn of Dissection