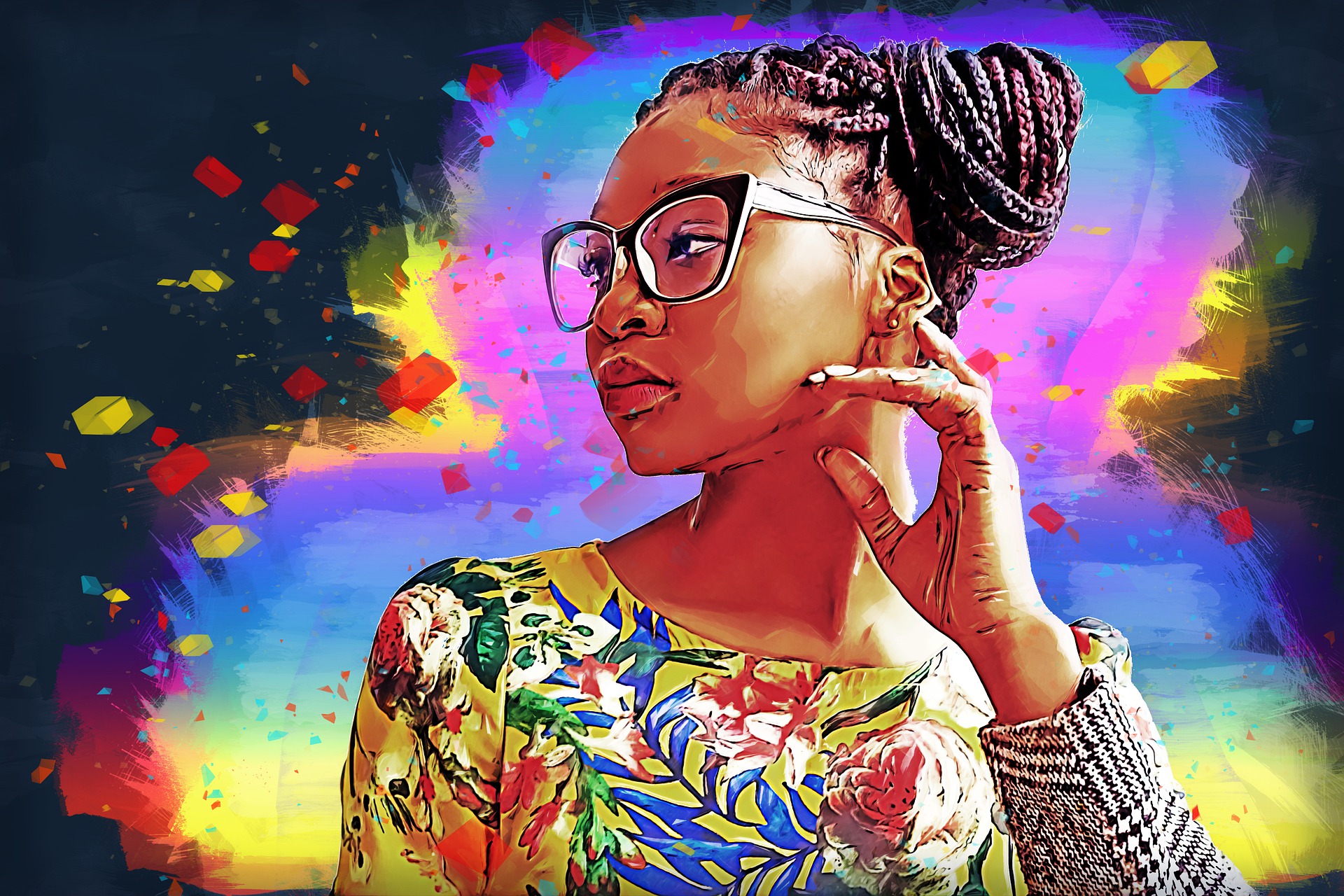 My child, come. Are you busy right now? Oh, it can wait. What I want to tell you is very important. Okay, ten minutes. You’re looking big. Let me get stool for you to sit. It’s like you are enjoying in this your school. What do you want to drink? Fanta or Coke? You say you’re doing NoSodaApril? That’s how all these medical people will be doing village people for me and would not allow me to sell my market. So, I should give you Energy drink instead? Okay.

Where were we? Oh oh, you said you’re in which school? Ha! I know the school. Those days when I was still in school, guys from your school used to come and visit my roommates. You said you’re in what course? Congratulations, dockay! Small time now, you’ll be treating me, and be wearing all those white lab coats and that thing like rope on your neck. You say it’s steto— I don’t want to bite my tongue. You are laughing? If I bite my tongue, you will start me. Wait, God forbid!

You are shocked? I cannot let someone like you treat me, at all. I shouldn’t judge you by your look? That you know book very well and passed your MBBS with ease. Is that my business? Oh, you want to know why I cannot let you treat me? I thought you said you don’t have time. Your mummy will wait? Okay, I will tell you. If I tell you, promise to heed to my advice. Promise? Promise.

The story begins with a young boy called Ayo. He was just like you, young and vibrant. He said he wanted to become a doctor so he could build a hospital in his village. Yes, He had big dreams. Ayo went to school and was passing his examinations. It was said that during the university strike one year, Ayo decided to volunteer as a student doctor in a hospital. In few weeks of his internship there, Ayo had gained mastery of the craft, and had started treating patients well under proper supervision. Remember that Ayo was still a student, and so he didn’t have a licence. So, on this particular day, Ayo’s superiors didn’t come to work, and so Ayo decided to do something he hadn’t done before; to become the only doctor on duty.

That was how a patient came, a child differing from cerebral palsy. You have not heard of cerebral palsy? But I thought you’re a medical student? Are you sure you read in school? Well, I was told that cerebral palsy is a disease that affects the brain of infants, and so limits their cognitive and mobile function. You still do not understand it? This boy, do you read your books at all?

And then, Ayo Began Treatment!

So where were we? Ayo thought he could treat him alone, because he had seen his superior treat her before. And then, he started. Midway into the treatment, she had a dysphagia attack. You don’t know what dysphagia is? Is it everything you don’t know? Dysphagia is the weakness of the muscles in the throat that leads to a difficulty in swallowing. Next time, I won’t be explaining all these things to you. You are the one supposed to be teaching me all those big grammar doctors use. By the way, that was how the patient choked to death. He didn’t know he was to put the child in a semi-fowler position. See, stop asking me questions. Am I your lecturer? I can see that you don’t read your textbooks. Semi-fowler position is a position at 45° to combat a dysphagia attack on a patient.

The mother didn’t have it. She alarmed that poor Ayo had killed her child. The relatives came, beat up several doctors and nurses, and arrested Ayo. The matter was taken to the court, and autopsy revealed that the child was strangulated. Poor Ayo, he didn’t have a witness. Even his superior denied ever knowing the boy because they didn’t want to lose their licence. That was how poor Ayo was given a fiifteen-year sentence, and his dream couldn’t be achieved. His school girlfriend, Kimberly kept insisting that he was innocent but her cries fell on deaf ears.

Are you crying? My child, I am not done. There’s still the story of Omolola and Dara. You say you don’t want to hear the story? Really? You’re crying? Are you not a man? At least, wait to hear the complete story before crying.
I haven’t even started, you’re telling me to give you the summary. Okay, I will. Omolola was a student nurse. Just like Ayo, she was very intelligent. She usually led her course mates during their clinical posting seasons at their school teaching hospital. But Omolola liked gossip. I have never seen someone who enjoyed gossip more than she does. That was how one day, a patient came, and while still trying to get the latest news in town, she gave a child injection on his sciatic nerve and immediately paralysed his left leg.

The father of the child gathered touts who beat up many doctors, nurses and patients alike. In fact, a part of the hospital was burnt and one of the nurses lost her life. That’s how a small case of injection palsy led to so much catastrophe. You don’t know what injection palsy is? It’s a condition caused by injecting a child on the lower medial quadrant of his gluteus muscles, affecting his sciatic nerve that runs through the length of the lower limb. I won’t explain it to you.

You don’t know this small one, and you claimed to pass anatomy in your MBBS exam. So pitiful! When the matter was taken to court, the chief nurse lost her licence because Omolola was under her supervision. Till now, Omolola hasn’t finished from school because one nursing course or the other keeps holding her down, courtesy of the chief nurse.

To think that one is bad, do you know that as we are speaking, Dara’s case is still undergoing investigation. She left a patient unsupervised under infrared light during chemotherapy the other time. You don’t know what happened? What do you expect to happen? The patient developed cancer, and was given a life expectancy of barely a year. I fear for the girl. What a promising future gone down the drain? I heard that she was seeing a movie when it happened and now, the hospital is at the verge of being sealed up and her supervisor’s licence revoked.

Let me tell you another one.
You say you don’t want to hear? I’m just being a concerned aunt. How am I supposed to know whose fault it is? Am I a doctor? You say students should be given opportunity to practice what they’ve learnt? You say practice makes perfection and if people don’t make mistakes, they cannot learn? Really? Will you allow your friend to be treated by someone like you? Answer me. Will you?

You know I fancy you a lot, right? Honestly, I’ve been looking at you, and I can assure you that medical courses are not for you? Have you tried theatre arts? You know you’re a good actor. How dare you say that? Are you insulting me? How dare you say that I, mama Kimberly, don’t know what I’m saying. Is it because I care about you enough so you won’t make a mistake in the future that you’re insulting me? I cannot take it.

Get out of my store. Now! Wait, come and pay for the drink you took. It’s 400 naira. Where are you going?

What Are Your Thoughts And Feelings?

Hey, after reading the gossip aunty, I’d like you to engage in the points raised in the story by Mama Kimberly:

Arinze Daniel Udoye, a student of medical rehabilitation and physiotherapy, in Nnamdi Azikiwe university is a talented creative writer. When he’s not a student, he’s a hype man, actor, copywriter, and a creative writer. He enjoys pulling emotional strings in his readers.

Lazarus Syndrome: Awakening of the Dead