Hi, I’m Schwann, the first human with five 3D printed artificial organs with hundred percent immunity and regeneration. Don’t try searching that on Google because google wouldn’t be able to track any info about me. Why?, Google knows “everything” but nothing about me,  because I came from the future, 3021. That’s may sound impossible to you or seem like a time travel prank. Now chill while I unravel this to you.

I was born for a biomedical experiment through an artificial womb “Exowomb” in 2100. From frozen ovary to a lab-grown baby. Through this, I wasn’t opportune to call anyone “father” or “mother”. I was caged in the lab throughout my adolescent age to serve as a specimen for different kinds of life saving and life changing experiments. However, Professor Knopf, an innovative medical doctor and a Biomedical technologist is the only one I get to call a father.

Long ago, in 2100, the numbers of patient on the global organ transplant waiting list suddenly sky rocketed to the extent that the world could no longer bare it, patients die every single minute of organ failure. Dr. Knopf set up a team of biomedical technologist who embarked on a desperate mission to grow life saving artificial organs in the lab. “If a man can grow a heart, then we can build one to save the global population” he said and continued ” In April 2019, my father also set up a team of researchers who later announced a breakthrough for the first time, they had used 3D printing technology to print a heart from human tissue and stem cells”. “But the heart doesn’t beat and is too small for use in human —it’s only about the size of a rabbit’s heart! ” Dr. Smith interrupted. “But that little organ is considered a big advancement in the ongoing effort to find new treatments for organ failures, the leading cause of death in the world today” Dr. Knopf argued. “Can you guys just stop all these and let plan how this research is going to be like, so we wouldn’t end up growing tiny organs” Dr. Sandra said as she tried offloading piles of files on the table.

For the experiment, the team will need human specimens, however, since the experiment remained secretive for some years, they weren’t able to get enough human volunteers who were ready to be used in the lab as specimens. Dr. Knopf brought about an idea of setting up an artificial womb to develop human fetus in the lab. This was a long and critical route to finding enough human specimens, surprisingly , all the embryos grown in the Exowomb died before their complete development except for one, this left the scientist no choice than to abandon the project of growing human in the lab. I was, however, the only one that survived the Exowomb.

I became the human specimen, with all kinds of tests and surgeries ran on me every single day in the heist of developing 3D printed organs to save the world, most of my vital organs except the brain were replaced with the artificial ones as they are been developed to check their viabilty compared to the natural ones.  The first 3D printed heart took its first beat in my chest, the lungs also took their first expansion coupled with perfect artificially printed kidneys for utmost internal regulation. Other organs and tissue that were successfully printed and transplanted include the pancreas, liver, Cornea, Bio-tech-retina, stomach tissues, and the Skin.

About 50 years of nonstop research work, in the year 2150 different lab grown and 3D printed human organs were successfully produce, this solved the scarcity of organs for transplant in the world. However, some natural phenomenon were violated during my development in the Exowomb and the testing process. My DNA were accidentally modified with nanomedicine tested on me, I later attained Biological and Technological immortality, each cells in my body ceased to age, and at some point regeneration sets in. I was immune to every kind of infections, disease and in case of physical trauma, the wounds regenerate and close up within minutes.
“Why couldn’t I age or get sick like a normal person ?” I asked “You have swallowed the doctors and surgeons, they are ready to fix every part of your body whenever you need them, we ran through you different kinds of nanomedicine deveolped through the latest Biotechnology” said professor Knopf   “Guess you will need to travel back In time to Change the past [chuckles], no time machine or something to take you back In time, so you will have to accept your faith as an immortal till a time machine is available”

One hundred decades later, in the year 3021, a time machine was successfully built, this took me back in time to the year 2021, I’m here to change the future, I need to find Dr. Knopf and his father to warn them about his Biotech experiment. Guess you will help me find them 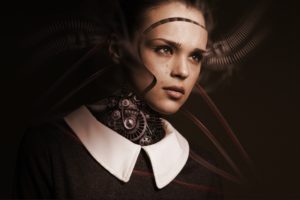 Medical Students Are Too Proud

THE MAN WHO LIVES IN AN IRON LUNG

This is real… Well I’ve got no words to describe this.

This sci-fic is no real. Like we could imagine that happening so soon. Guess we have to act fast.

Wow wow wow
Why does this seem real to me?
Like I’m having a belief thats its real?

This story is the work of a genius who took out ample time to make quality research on “science and medicine of the future”.

Although many of the miracles cited here may look unrealistic now, they are currently work in progress. In a documentary I came across in 2018, a scientist revealed that researches are being carried out daily to make human beings immortal.

Sounds absurd, right? Well, there has been a lot of improvement in regenerative medicine, like the success of rejuvenating medicine like stem cell drugs. According to him, in the near future, human cells would be able to regenerate from scratch. He gave an analogy: a disjointed limb growing back to normalcy (as seen in some animals), the regeneration of dead cells in the eyes of a blind person, etc.

He however noted the major setback to this development: cultural, social and especially, religious beliefs.
An average scientist is an atheist and would claim that it is religion that limits the hundreds of abilities the brain can do and if the barrier of religion is removed, anything is possible.

So, on this note, I would like to commend the writer for delivering a very inspiring story. And about the possibility of these scientific researches becoming a reality, we just have to fold our hands, wait and see.