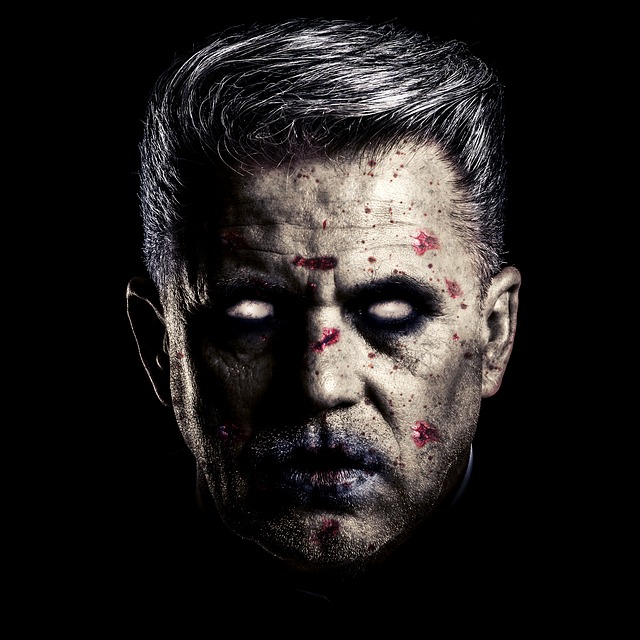 Greetings! I am Sir Lincoln of Europe, writing to you from the 13th century. My earnest prayer as I write is that someone from the nearest future reads this journal. It’s going to be a huge relief that the human race was not wiped out completely by this invisible ravaging monster – the black death. Currently, the world is not the same as it used to be. Humanity is in deep confusion and chaos.

Everyday, this unseen monster we fight takes away thousands of lives. This must be an era of reckoning for all of man’s evil deeds or the end of the world is nigh. This must be the tribulations the Messiah predicted in the Holy Book as signs of the end time.

Emperors, Kings and Warlords all cried out for a hero or a savior to deliver us from this monster. There was no one! No one to save us! For the first time since creation, we were left alone to fight this war ourselves.

Some called this monster a plague but it is popularly known as “the black death”. The greatest affliction ever! Even in years to come, I doubt if there can ever be an affliction that’s worse than this.

The Day of the Black Death

On a fateful evening, the very first day I met with this monster called “the black death”, I was setting course for the South China Sea. Aboard the ship with me were Sir James, Sir Finn and Sir Krenturz. We were set to receive the gold we purchased from the Chinese market. Soon, it was dusk and the sun was already settled beneath the horizon.

“There’s a ship approaching”, Sir James said.
“It should be the Chinese”, Sir Krenturz said as he put aside his beer to have a clearer view. I stood up and took out my binoculars to get a clearer vision. “Yes!” I shrieked in excitement. “They’re the ones. I can see the logo of their ship”.
“Good!” Sir Finn said. “I was already worrying of spending more than a night on this sea”. The others laughed at Sir Finn while I continued to observe with my binoculars.
“Something seems off.” I said. “I don’t see anyone on deck. Just the sailor”.
“You’re sure?”, Sir James asked and I handed the binoculars to him.
“That’s a Chinese ship for sure. Probably they’re on the other side of the deck. We’ll find out when our ship meet” Sir James said and gave me back the binoculars.

The ships sailed slowly towards ours. When our ship was directly beside theirs, the Chinese sailor opened the deck entrance and connected it with ours so that we could walk through.

“Where are the merchants?” I asked curiously. The sailor removed his cap from his head and sat on the floor with a remorseful look.

“What happened?” Sir James asked while I moved a bit closer to the sailor.

“I’m sorry”, the sailor said and then muttered a few words in Chinese. I looked at him intently, trying to figure out what he was saying until I discovered the blackening around his nose and fingers. They were as black as night. I wanted to ask what caused the blackening but I decided to mind my business.

“Look, whatever. We have the money here. Show us where the gold is.” Sir Krenturz said impatiently.

A Discovery that Shook the World

The sailor pointed to one of the rooms in the accommodation. Sir James, Finn, Krenturz and I went in the direction of where he pointed to. Sir James hurriedly opened the door and switched on the light. What we saw was horrifying. Instead of the gold that we were anticipating, we were met with corpses. The room stunk and was silent as the graveyard.

“Holy shit!” I cursed. “What in the name of the heavens happened here?” I asked while covering my nose. The room stunk!
“Is this some set up?” Sir James asked. “No merchants, no gold, just corpses”
Insects and fleas were already perching on the dead bodies and their bodies were strangely black. Very black.

We closed the door immediately and went back to meet the sailor. Sir Krenturz went to him angrily and pulled him up the shirt. “Why are there dead bodies on this ship? Why are their bodies strangely dark? Why’s there no gold??” He asked angrily.

The Chinese sailor replied in words we didn’t understand. Sir Krenturz angrily put him down and spat on the floor with a few curses accompanying it. All of a sudden, the sailor began to shiver and cough blood. He coughed so loudly that we could hear the pain in his chest.

“What’s wrong with him?” Sir Finn asked.
“Probably the same thing that happened to all the dead bodies in that room.” I answered while observing the blackening around some parts of his body.
“Let’s not wait to find out. Let’s get out of here”, I said while the sailor was still coughing blood. One last cough and he inhaled sharply and he stopped breathing. Sir Krenturz bent down to feel his pulse “He’s dead”, he said.

They fled the ship and boarded their own ship

With horror and panic written on our faces, we fled the ship, boarded our own ship and soon we were setting course for our village.
By then, it was already night and there was thick darkness. Flashes of lightning were seen in the sky followed by sounds of thunder. The rain was about to fall and it was going to be a storm. I immediately climbed the Jacob’s ladder to adjust the sails and make it stronger.

“We can’t make it to our destination tonight”, Sir James said. “Today’s bad luck. No gold, no merchants, no gain. Now, a storm?”
“We’ll be fine.” Sir Finn said. “ When it’s morning, I’ll write a letter to the Chinese government as regards what we witnessed on that ship. That’s illegal”
“And are you sure we won’t be accused of the sailor’s death?” I asked.

The Devastating Global Effects of the Black Death

There was no response. The rain started with full force and we took to our rooms. The consequence of what we witnessed the night before dawned on us. When it was morning, Sir Krenturz woke up with a terrible fever and he was vomiting. His ears, nose and fingers were already blackened.

“The cold from the rain certainly didn’t cause this” Sir Finn said. “This is similar to what we saw yesterday’s evening” He said as he covered Sir Krenturz up with a blanket.
“We’ll soon get to the land. Some health workers should be available at shore to treat him”, I said.

Unfortunately, before we got to the shore, Sir Krenturz coughed blood and died afterwards. That was how I lost a comrade and a very great friend to this monster called “the black death”.
Two weeks after that incident, the monster had travelled round the world. News of people dying by the hands of this monster was everywhere.. Even our health workers were also dying. The news recorded a thousand number of deaths daily. This is certainly the end of the world!

I wrote a letter to my wife to remain at home in Madagascar, though it wasn’t safe there either, so as not to get killed by this monster impeding the whole world. She was to return in the next four days after not seeing her for two long years. I’ve lost almost all my friends, I couldn’t bear to lose my wife too. So, it was safer for her to remain there.

What was the Black Death?

The evening news claimed that the plague originated from China and that it could be controlled by using chopped up snakes on infected areas or cutting up a pigeon and rubbing it over an infected body. The health workers claimed not to know the cause of the plague but listed how they could be spread which were through rodents to humans, bite of infected fleas and through the air. No wonder the black death was spreading quickly!

For months, infected people practiced the control methods but it didn’t stop them from dying. Two years after, in the year 1348, an Italian Writer Giovanni Boccaccio established a system called quarantine. A sanitary measure to isolate those who have been infected with the plague. The system worked for months, the number of deaths daily reduced but later, there was a spike in the number of infected persons and record of death. It seems the whole world is going to be quarantined.

The Greatest Catastrophe Ever

My wife returned home from Madagascar without my notice. When I saw her, I was very excited. I quickly swept her into my arms and kissed her. Despite my excitement of her return, I was still worried that she had to travel that far despite the madness going on in the world.
Two days after, she complained of headache and weakness. I immediately prepared herbs and said a few prayers to God to ensure it wasn’t the black death. Unf, my prayers weren’t answered. That night, her skin began to blacken. My beautiful wife began to cough and I could do nothing but to weep. She was immediately rushed to the health center after I contacted them. Sadly, she didn’t last the night as she had passed on.

Fearing that I might have contracted the plague, the health workers quarantined me. I cried so hard. I have never been that sorrowful all my life. The only human I adored and cherished, my beautiful wife died.

The only hope for the centuries yet to come is if God sends down another Messiah or if the scientists discover a cure. Right now, I know I’ll soon die. Should there be survivors of this plague, I sincerely pray you find this journal so as to know about the black death that came out of the blues and swept away millions of lives. I doubt if this plague can just disappear on its own. Even if it does, beware, it shall definitely return. This black death is part of the origin of life. Inevitable! She’s also known as Star Writer. A passionate writer who creates her universe with just ink and pages. The stars in turn blesses her always with stories of old and myths the world doesn’t know about. She loves reading, music, researching and science.