“I am 18 year old, and I’ve not menstruated throughout my life” Cynthia says to the doctor.
“I am sorry to hear this Cynthia, but why has it taken you up to this time to come to the hospital”
“It’s because at first, I thought it would till it didn’t come, maybe it was late for me since the time varies with different people. Now though, it has become a matter of concern to me and my parents”
“Do you have any other complaints other than these?”
“No”
After an hour
“Cynthia, can I please see your parents privately?”
“Doctor, is there a problem? You can tell me too”
“I will. Just give me a few minutes with your parents first”
“Okay. I’ll wait outside” she says with worry in her eyes
“Mr. and Mrs. Benson, the problem with your daughter is what has prevented her from having her periods. I would not want you to be too distressed over what I’m about to say. From the ultrasound and the MRI taken of her body, we have seen that she has MRKH syndrome”
“What does that mean?” Cynthia’s mum asks
“MRKH syndrome means…”

Mayer Rokitansky Kuster Hauser Syndrome [MRKH], named after the doctors that discovered it is a condition that occurs only in females. In the case of this syndrome, the vagina and the uterus are either underdeveloped or completely absent. Because they have no uterus, menstrual periods is not possible. Even though there is no uterus, there are functioning ovaries and in some cases fallopian tubes. They experience normal secondary sexual development such as development of breast and pubic hair development. The presence of functioning ovaries makes it possible to have babies through other means except carrying babies. It occurs in 1 in 4500 women at their birth
There are two types of MRK syndrome: type 1 and type 2
Type 1: it may not be diagnosed until late adolescence when a female is expected to have started menstruating and has not started. It affects only reproductive organs. People with this type do have fallopian tubes
Type 2: it may be diagnosed earlier than type 1 because other organs and parts of the body are affected. The kidneys may be abnormal, there might be heart problems, and fallopian tubes may not be present. The skeleton may not be formed correctly.
Intercourse may be painful for those with underdeveloped vagina. Many say that it is a genetic disorder, and others say it is because of environmental factors. The truth is that the cause of this syndrome is yet to be confirmed. Also, nothing a mother does during pregnancy can cause or prevent MRKH syndrome. In simple terms, there is no cause to MRKH syndrome.
Apart from the obvious signs of no periods, further diagnosis as MRI, ultrasound helps to detect if there are abnormalities with other organs.
Because vagina in many is underdeveloped, dilators are employed to cause the vagina to expand in length and depth. If expansion is not satisfactory with this method, vaginoplasty which is a surgery to create a functional vagina will be carried out, after which a dilator will still be used. It is possible for a female with MRKH syndrome to have children of her own. Her egg can be fertilized by her partner’s sperm and implanted in another woman’s uterus. The only seeming impossibility is carrying a child in a womb, though recently in some places, uterus transplant is already possible and there have been successful cases of this, even resulting in being able to carry a child in the transplanted uterus.
Many women diagnosed with this have been emotionally affected, and may need counselling because of how they feel. Because many have to undergo surgeries that has something to do with transgender, they have serious problems of low self-esteem. They seriously doubt their gender and may feel depressed. These females may need not only medical solutions, but emotional help.
Many in the world are happy despite this syndrome because they have found solutions with improving technology and improved healthcare. Another reason for their joy is that they have had listening hears to pour out their mind to when they need to. There is no reason to stigmatize or blame anyone for the MRKH syndrome, instead it is important to support anyone who needs it however we can. 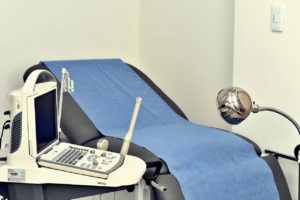 THE MAN WHO LIVES IN AN IRON LUNG

Wow, this is absolutely new to me, I know some girls are born without uterus but absence of menstruation is quite something else.

Wow, this is wonderful.
Uterus transplant really.
Absence of vagina really.
MRKH syndrome, I have never heard of that before.

Thank you so much for sharing.

This would be more interesting if the embryonic development of the internal organs of the female reproductive system can be described, I mean the anatomy I’m yet to understand how the uterus will just decide not to develop.

I thought the vagina, cervix, uterus and oviducts were from the same origin.

I don’t know if anyone can explain.

Hi SignificantK,
You’re right. The cervix, uterus, oviducts and a part of the vaginal all develop from the same embryonic origin i.e the mullerian duct. This is why MRKH-Syndrome is also called Mullerian agenesis. This syndrome is a congenital abnormally that results from failure of the mullerian duct to develop in varying degrees. As a result, there’s absence of or underdeveloped uterus and associated organs arising from similar origins.
The ovaries as well as the lower part of the vaginal are spared because they developed from a different embryonic origin.
The ovaries are formed mainly from the genital ridges and a part of the mesonephros whilst the lower part of the vaginal is formed from the urogenital sinus. For this reason, people with MRKH syndrome possess normal secondary sexual characteristics such as breast, pubic hair and a typical female appearance. They ovulate like a normal lady would but cannot carry pregnancy without intervention because of absence of uterus.
Ladies with MKRH syndrome require interventions such as in-vitro fertilization and surrogacy to give birth to genetically identical offsprings.

Wow, this is completely new to me. I’ve never in my life heard of this. Thank God I’ve learnt something today.

Very interesting, thanks for sharing.

wow………… this my first time hearing about it

This life is funny. As a guy, I thought girls don’t like menstruating because they always complain of pains. Now, I know that if girls do not menstrual, it is A BIGGER PROBLEM. MRKH Syndrome could cause abuses and name-calling “which” in Africa, especially Nigeria because of the lack of knowledge to these things. However, I am grateful for science for this amazing discovery.

I won’t be surprised if in the near future, human beings are created artificially, dead cells are recreated and damaged limbs grow out again.

This Is my first time hearing a thing like this…uterus transplant??? Wow! Science is doing well.

It’s really nice solutions to medical health issus are being found everyday, people can now live with little fear, knowing that their is a solution to their problem… kudos to the writer.

I must say this, I’m not really medical student but every passing day I learn a thing, joining medzone is really a big opportunity for me. I have learnt alot and still feeding my brains…thanks again for sharing this.

I would love to repost, please help me with the link..🤝🏾