“Sekinah!! Jamb has released Admission List o!!” Nana, Sekinah’s best friend and Cousin, hollered as she barged in Sekinah’s room without saying her usual peace greetings. She had just logged in to Facebook thirty minutes ago, to see that some students updated their timelines with testimonies of their newly offered admission. She was thrilled because she knew her cousin was going to get it this time. 285 and 292 in UTME and Post-UTME respectively, was not beans. Her Friend was a confirm “Kwaruwa”

“Really?! Let me check Jamb website sharp sharp” Sekinah said hopping from one tile to the other like an Atilogwu dancer as she logged in to check Jamb CAPS.
“This is it!” She breathed aloud.
Her eyes flickered with excitement and after which, resigned in disappointment. She hissed, threw her phone on her bed and then walked out of the room.
Nana, who was by the corner taking video shoots to capture a moment of great ecstasy, paused in confusion before she proceeded to pick up Sekinah’s phone.
“Wow! Medical Laboratory Science! Alhamdulilah. Kai, this calls for celebration fah” Nana called after Sekinah who returned with scowl on her face.
“Nana! Walahi! There’s nothing to celebrate about”
“Astafagfirullah! Seki , don’t say that. I don’t get you. Isn’t this all you’ve ever wanted? Getting into medical school?”
“Not medical school to study just anything, Nana. It’s Medicine I want. MBBS! I don’t want to graduate from school to comman be testing shit and piss.”
“Wayo! Ignorance! Who said Medical Lab is about shit and piss”
“I don’t care. I’m not accepting that admission. In fact let me go and reject it!” Sekinah made for her phone before Nana grabbed her by the shoulder
“You will do no such thing. Don’t be stupid! SEKINAH ABDULKADIR , this is your fourth jamb for crying out loud. With all the books in your big head, I never expected you to be this daft”
“Kai Nana. Don’t insult me”
“I will, if it has to come to that. This is your fourth jamb and if I can clearly remember, you’ve always been offered admission. Nursing first, which you rejected! Pharmacy twice, But no?! You rejected them. Saying there were not good enough and that it was medicine or nothing. See courses that people fast and pray for o”
“Ehn! Let them get it now, I have the right to choose what I want for myself and I see myself becoming a medical doctor in the future. Gynecologist precisely! And I will readily reject a hundred non-MBBS admission offers.”
“Okay, Seki. Let me ask you, why exactly do you want to become a doctor?”
Sekinah crackled a hearty laughter “To save lives now, what else”
“Seki, don’t give me that Bull crap. Every Medical Student says that. What specifically is your drive?? What is that unique reason? Please, don’t say passion!”
Sekinah thought for a while but nothing.
“Seki, All I see here is just pride. You want to be a doctor just because of the prestige and honor that comes with it. We live in a brazen society where science students in secondary school are already brainwashed to believe that if not Medicine or Engineering, the course is worthless.
What happened to soul searching? Thrown to the wind, isn’t it? See, I’m not against this your zeal to study medicine but ask yourself; why am I really obsessed with this course? What is my drive? I’ll tell you one truth Seki, that has worked for me all these years as a business student and it’s simply asking for the will of God. God wants excellence for his children, He has great plans for us, He knows future and what’s best for us. So, on a serious issue like career path, why not ask for His will. The career you choose can either make you or break you.
Do you know if all these years of seeming disappointment is God’s way of telling you that MBBS is not for you? Would you rather be a mediocre doctor or an excellent Nurse or Lab scientist? Would you rather stress yourself on a 22 hours surgery and still be regarded as one of the least surgeons or be the pharmacist that made a drug that saved millions of lives across the globe? What if, Yes, MBBS is really for you but God just wants you to learn a few life lessons in other departments before finally moving to MBBS?
Stop looking down on other courses! Get something doing. If you had accepted nursing then, you would have been in your third year by now and at least, understood life in medical school. Remember, an idle man is the devil’s workshop. Every day, I see you on the verge of being snatched by the wicked hands of depression.
Stop frustrating yourself and wasting your father’s money because of your sheer ignorance. I am your friend and sister. I’ll always tell you the truth. It’s 1pm already, time for Zuhr. Think about everything I said”
Nana headed straight for the bathroom to carry out ablution while Sekinah plopped to the bed, defeated.
“Time to have sense” Sekinah sighed. She picked up her phone, tapped her password, stared at her phone for some seconds and then clicked: ‘ACCEPT’. 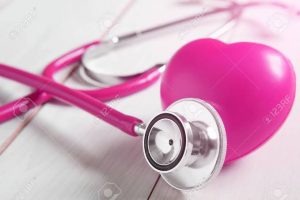 Thank you for reading😌

Wow…. This is inspiring..

Thank you for reading

Wow…Nice story, we don’t always have what we wish for but God has other ways of granting us our wish through other means. I have had likely experience and I’m happy I gave in to the advice I received from my loved ones.

Thank God you did
Thanks for reading

“”””””Would you rather be a mediocre doctor or an excellent Nurse or Lab scientist? Would you rather stress yourself on a 22 hours surgery and still be regarded as one of the least surgeons or be the pharmacist that made a drug that saved millions of lives across the globe? “”””. This paragraph got me so hard, very nice writeup.

Thank God it did

Thank you for reading

This is trilling and educative too👌

Nice piece there.But then, if one has a full passion for MBBS,it’s usually difficult to accept other related courses.
This is why we have hundreds and thousands of MBBS aspirants yearly in the universities.

Of course
There’s no problem with that
But the post is steering at seeking the will of God first before you let “passion” take over.
What you might think is meant for you, might actually not be in the long run
I think the writer is also focusing on Medical students in other departments who hate their course because of this same “passion”
Whilst some are genuine, others are just doing it because the society has successfully placed as MBBS Lord of all.
Not knowing that as Medical practitioners, we’re all important.

Honestly, I accepted MBBs because I found no University in Nigeria that offers Forensic science.
The rate at which most people apply for MBBS with no real passion irritates me; if a survey were to be taken, most MBBS students have no unique reason for offering the course.
It’s sad because most people apply for this course cis if the bad economy

Thanks for reading tho

Wow this is really nice.

Thank you for reading 😌

But found myself doing biomedicine

What a bombshell!
It’s a nice story though… But it’s like I’m feeling an inferno within me as the story resembles mine… Till very now I understand that God has reasons to make things happen, but we human being may not understand the wisdom.
It all started with Agricultural Economics at LAUTECH, then I later changed to OAU, Microbiology with another exam. And now a Physiotherapy student after several UTME and years…

But thank God for everything, ’cause we are still moving…

Indeed nice write up,i could understand with sekinas situation.I was once victim of this,its very hard to accept other course when youre are really good fan of mbbs.I accepted othrr course and did 100l,but wasnt satisty .I wrote jamb and now in medical school.Her friend gave her good advice,its very bad to be rejecting what you dont know may be good for you.

This is awesome, God has a plan for everybody but the society we live in has made us underestimate every other course. Why do universities still pay more attention to medicine and dentistry and leave every other health related course pushing them aside?

This is a great article, I really love it

A nice write up!

A number of medical student I’ve asked what their reason for being in medical school is don’t know what their drive is. Some are just there because they are “brilliant”. I always feel bad when people don’t have a tangible reason for studying whatever they are into. There will always come a time you’ll want to give up, it definitely will come. But you have to have a reasonable reason other than “passion” or “I want to save lives” reasons. No one is interested in killing lives, I think.

Explore within yourself, there are other fields you are good at.

It kind of resemble my story. I was headstrong on studying MBBS in the university of Ibadan for 3 years without getting it, after not getting admitted with the third jamb, I changed to LAUTECH that same year but I was late. I met 3rd batch post UTME which it’s only pure and applied chemistry l can choose from the available courses due to my jamb subject combo. Got admitted but have no zeal for it. I wrote the fourth jamb and got admitted to study MBBS.

This was me when i checked my admission status

I cried bitterly…. I couldn’t go and start doing Change of Institution and all that

The day I checked my admission status I was still a little hopeful that I may have been given medicine….. Just to see MLS…… My family members were excited…. I had prayed for an admission so I didn’t want to seem rather ungrateful to God for the great opportunity…… deep down I just wasn’t happy……..Medzone you just really saved me with this story…. I could relate to everything except that I wrote jamb once
I told you I got MLS…. Though I still had plans to take jamb again until I saw another story I read here earlier about MLS…. It really encouraged me alot to see that it was a great course

Thanks alot for these posts….. You have no idea how much you help me set my priorities right