The oddest part of my life, in the area of weirdness, wasn’t disappointing.

It all started from last June, the fifteenth of June to be precise.

It was another day for business as usual for us. There had been more shoots than usual today. It was another highly distrainihg but yet rewarding day.

Yinka, my childhood and career friend, a tall, fit dude with a dark brown complexion, was the major reason why I had excelled in photography. He was my driving source of motivation. We had both took up a twenty-four month professional photography program and decided to make it a career job. In a way, we both inspired each other and that was an efficient cause for why we still chose to work together.

We even lived together in a two bedroom bungalow. Quite expensive but the money coming from the studio didn’t let us notice that. On some odd days he would, with a phone call, signal his inamorata to come over,—Feyisola. A willowy lady in her early twenties who is just as witty and intelligent as she is attractive, a perfect description of the cliche; “beauty with brains.” She possessed dainty qualities that made her easily wanted. I know what you are thinking and it is a capital NO. Well maybe sometimes I did think about her and….Well, you get the idea.

Yinka emptied some contents from his bag he wore, he brought out something that looked like a really small black box. “I got you a new minicam, man” and handed over a camera to me.

“Gee, thanks.” I said. I had been lately having problems with my camera’s shutter which makes some of the photos I take look overexposed or just totally black. Even when I clean the lens surface or adjust the shutter speed, it still occasionally lets me down. My excitement visibly showed in my face. “How can I thank you enough bro, tha—”

“Shh…” He interjected and feigned a grin. “Stop talking like it wasn’t you that got mine.”

“Oh, come on that was a Nikon D6 and it was three years ago!” I said. “Besides this one is a Canon EOS R5, my dream webcam! It has forty-five mega pixels and a shooting speed of 12fps. That’s waaayy huge man and frigging good. Damn. Thanks, must have cost you a fortune.”

“Couldn’t have done lesser.” He said. “At least now you don’t make me doing all the work when your shutter screws up.”

“Oh you cunt.” I said and we both burst into laughter.

I took a momentary glance at my watch. “Oh my… 4:30pm felt like three minutes ago. Time always seems to travel faster here.”

“I thought I was the only one that noticed that.” He said. He looked toward a corner of a room then returned his gaze to me. “Lock the windows and count the money while I sweep.” He said and we disengaged.

I was about shutting the second window when I heard a familiar voice say, “Oh, thank God, I’m just in time!”

I turned to find out who this person could be and realized it was Mr. Zack, a good old customer. He was in his late fourties and dressed quite corporately today. He wore a grey suit, with a deep red bow tie and a white shirt.

“How many shoots would you want Sir?” Yinka asked. He had already dropped the broom and was now adjusting and readjusting his camera lens.

“It’s been quite a while.” I said and repositioned the seamless paper backdrop.

“Why don’t you take the shot with your camera?” Yinka said and winked at me.

I gave him a funny-stern look. “Yeah, sure.” I said and took out my new Canon camera from my bag. I steadied the camera and utilized it in a bid to attain perfectionism.

“Very typical of Nonso. I could sit here all day and he hasn’t taken a shot.” Mr. Zack said. “Always using his time-consuming antics.”

“Exactly.” Yinka chuckled. “He never disappoints when he is presented with the opportunity of doing that.” He said.

“Would you guys just give me the brief time excitement for taking my first shot on my new camera?” I said, my attention still concentrated on the camera. I rotated the focus ring and was about to tap the shutter-release button when something really weird happened.

I noticed a black shadowy personality standing just right next to Mr. Zack. It looked kind of transparent. I quickly took my eye off the camera and took a better look at Mr. Zack. There was nothing.

“What’s the matter old boy? You do know I don’t have much time, do you?” He said. I still stood staring in disbelief at Mr. Zack.

“Is there a problem with the camera?” Yinka asked.

“Oh no. It’s perfect. It’s just my head, it aches.” I said slowly taking off my gaze from Mr. Zack.

“Oh, let me take it for you then.” He said and was about to proceed to take his camera when I said. “No it’s fine, just a slight pain in the head. I’ll take the picture, man.”

I repositioned again and looked back into the minicam. I rotated the focus ring again. But this time there was no hazy creature so I just pressed the shutter button.

After repeating the same process three times. Yinka proceeded to retrieve the pictures from the Kodak Smile Classic printer.

“Here you go Sir.” Yinka said, handing over the eight by ten photo prints to him.

“Wait.” I said, shoving the picture from Mr. Zack hands. Something was not right about the picture, I took a proper look and saw that black shadowy creature taking the same stance it took when I had first tried the camera. It stood perhaps six, seven feet tall. It had no shape and it looked like its robes were made out of darkness. I became petrified.

“The picture. That black thing.”

“Uche there is nothing wrong with the picture. Your camera captured it perfectly. No grains or blurs, it’s sharp enough.” He said.

I was stunned. “You mean you don’t see this?” I said, my hands were trembling already and my feet were becoming wobbly.

“Give me the pictures and take my money!” Mr. Affian said. And with that reclaimed the photos from me.

After he had paid for the photos, he hurriedly walked out of the studio.

I woke up on a chilly Thursday morning to a call from a private number.

“Hello, am I speaking with Mr. Uche?” The caller said, it was a female caller.

“This is Zack’s wife. I know that he was a good friend of yours.”

“Was?” I asked quizzically. There was a brief sigh from the other end.

“He died in a car crash three days ago.”

“What!…” I exclaimed. “Wait, three days ago?” I asked, but she already hung up. I couldn’t believe what I was hearing.

I hastily searched for my bag pack. When I found it, I took out my camera and studied it for some seconds. “What exactly is this thing?….I knew something was wrong when I first saw that hazy figure.” I thought. I went to my window side and slid it open, I took one last look at the camera in my hands. “I don’t entirely know what you are but what I know is that you are cursed.” I muttered and then I let it slip from my palm and watched it accelerate down the building.

I watched as it hit the ground and the lens roll away with the flash lock badly damage, leaving the camera deformed. Which was a good sign, probably before 1pm the garbage truck collects it and before 3pm it’ll be dumped in the landfill.

For the last three days, I’ve been having weird experiences with the camera. Attimes I had woken up at night to see it on my night stand with its lens directly focused on me. That was awkward enough but I never really took it serious and now I can only imagine how many people have been killed by my carelessness. So many coffins were resting on my conscience.
At work that day I had to use Yinka’s camera because he had said he would be hanging out with Feyi. I got to even realize that I forgot my backpack at home but luckily for me I had another smaller one at work so all going good, people were still coming in for shoots too.

It wasn’t long before Yinka eventually showed up.

“I’m afraid there are some bad news.” I said and began telling him about Mr. Zack misfortune, leaving out the camera part.

When I was done Yinka was visibly shaken and his eyes looked like he had woken up from a long night of lucid dreams. “This is a worse shit man.” He said. “He was such a good old man. May his soul rest in perfect peace.”

“Amen.” I said with an air of finality. “How was your date with Feyi.”

“Oh was great.” He said, grinning from ear to ear. “Your camera is super sharp men, I never presumed it to be that neat.”

“What’s up with the face, you took my camera, I didn’t have anything to take shots so I had to find yours and fortunately for me you forgot your bag. Your camera is still safe, man.” He hastily reached into his bag and brought it out

I was too stunned to say anything.

He raised a brow. “Why is your face like that?” He said. “Is there a problem?”

“Yinka…” I said, finding the right words to say. “Where exactly did you find this camera?” I asked.

He looked puzzled. “Your bag of course!” He blurted. There was some edge of anger in his tone. “I took a couple of shots on Feyi. The weather wasn’t so great for an outside scene so I took a few. Your camera is fine, stop looking at me like I broke—”

“You took photos of Feyi?” I interjected. “Let me see the photos and—” Then I hesitated. “Where is Feyi?”

“Okay, okay, I really don’t like how this is going. What the fuck is wrong? Feyi said she’d dropped by at our house. She forgot her swiss shades. What is wrong with her pictures? Why do y—” 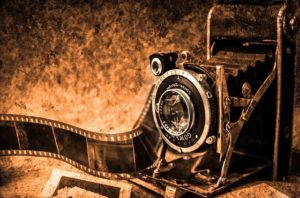 Who owns this child? (The Paternity Puzzle)

Wow!! What a fascinating story, jeep it coming bruv. I really look forward to reading the rest.

This is intriguing….can’t wait for the next episode.

I totally love this. Can’t wait to read other installments