Growing up, one thing we learnt was that all fingers weren’t equal. Life didn’t give us all equal opportunities and privileges neither did it treat us equally, while some were born with silver spoon in their mouths, some of us had to struggle to at least get a wooden spoon in the mouth while we of course long that one day eventually the silver spoon would come.
Life they say is a race, if you don’t run fast, you’ll be trampled upon. They say things doesn’t happen, we make them happen. I agree absolutely but each time I sit to think about it, I discovered each single time how complicated the world we live in is. I’ve learnt over the years that life doesn’t give us what we deserve but what we decide. Life is so complicated, you would agree with me.
My dad believed so much in Education, he would always say like the former African political leader; Robert Mugabe, that Education is the only weapon to change the world. I of course saw things in the light in which he saw them and went after my dreams unruffled and determined, thanks to the fact that I had a supporting father and of course mother. I could say right from the time I was in my mother’s womb, I knew I was going to study medicine and become a medical doctor; a successful and influential one in fact.
I finished primary school and wrote the entrance exam into high school. You could definitely trust me for my grades. My mother danced and sang for so long when the results were out. My father could not stop smiling and patting my back. I was elated. I knew I had greater challenges before me but medical school was the destination!
Forgive me, I forgot to mention, I happened to be the only child of my parents so that realization always spurs me to work hard and make them proud. It prompted me to take charge of my future and to remain focus.
Few months into resuming my high school education, my father fell ill. It was a fever and was expected to vanish after a few days but it didn’t. Each day, it went from bad to worse and before we knew what was happening it was already getting out of hand. It seems it was going to end, not only for him but my dreams as he was the only support I had. Every Kobo saved up for my schooling were spent on his ailment. The future that looked so bright now looks very bleak. There was no single ray of hope. I didn’t want to cry, my father had taught me that crying doesn’t solve problems. I was still full of hopes. I knew definitely one day, I’ll end up in medical school.
Months passed, Papa did not die and that awoken hopes in me again. He recovered miraculously and was back on his feet. I was so happy; at least if I didn’t go to school I shouldn’t lose my father too. Every night I would cry my eyes out as years passed and there was no hope of going to school. My father would always tell me to stop crying that he believes that one day my dreams would actualize. He said others may get there before me but that didn’t mean I won’t get there too. After all, the first house built in the city is not necessarily the most beautiful.
Four years down the line, God the miracle worker performed his wonder and I won a scholarship by a foundation to complete my high school education. I shrieked with excitement. Mama sang again and papa carried me up though I was a bit heavier now but he didn’t mind. I kept smiling throughout that week and it was high school all the way!
Many years on, my dreams were becoming a reality. Papa jumped up when he saw my admission letter into medical school. Mama as usual would dance round the whole house and sing. My heart leapt for joy. Dreams do come true.
Today, all is becoming a reality. In a month’s time, I’ll be writing my final exams in medical school. It hasn’t been easy at all. The financial strength of the family boosted over the years, Papa got into some investment deals and it yielded positively. I also look Forward into being inducted into the medical profession very soon.
Life is in stages. It doesn’t treat us all equally but one thing I learnt is to take responsibility for my life. It won’t be easy but trust me, it will end well! 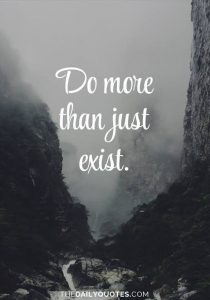 Disappointment is not the end of road

More grease to your elbow👍👍

Waw…..this really touched me.
Being hopeful and dedicated.
Those quotes and motivational words.

May God bless you and may you remain a source of joy to your parents.

Cheers on your achievements so far.

This is really helpful.. thanks